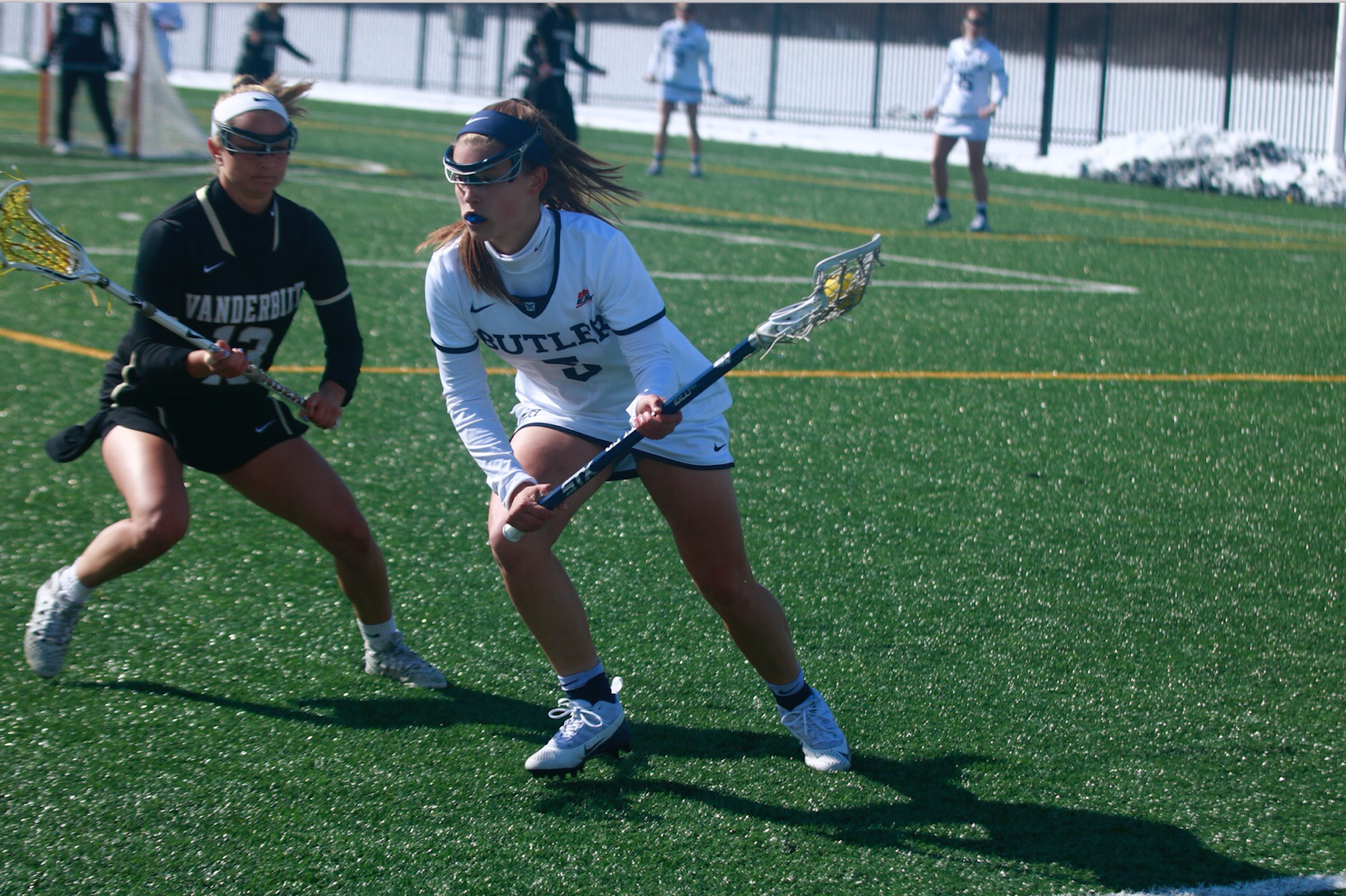 Morgan Paige works her way around a defender. Butler is 0-3 in Big East play after a 16-1 loss to Denver on March 31. Jimmy Lafakis/Collegian file photo

The Butler University women’s lacrosse team fell 16-1 to Denver University on March 31. Butler’s record fell to 1-10 after the loss and the team remains winless three matches into Big East play.

The Pioneers jumped out to a 9-0 lead in the first half. Junior attacker Adilyn Smith found the back of the net in the first half for Butler’s first and only goal, but the Bulldogs could not generate any more offense for the rest of the match.

They will continue the conference slate on April 5, hosting Marquette. The match is set to begin at 2 p.m. at Varsity Field.