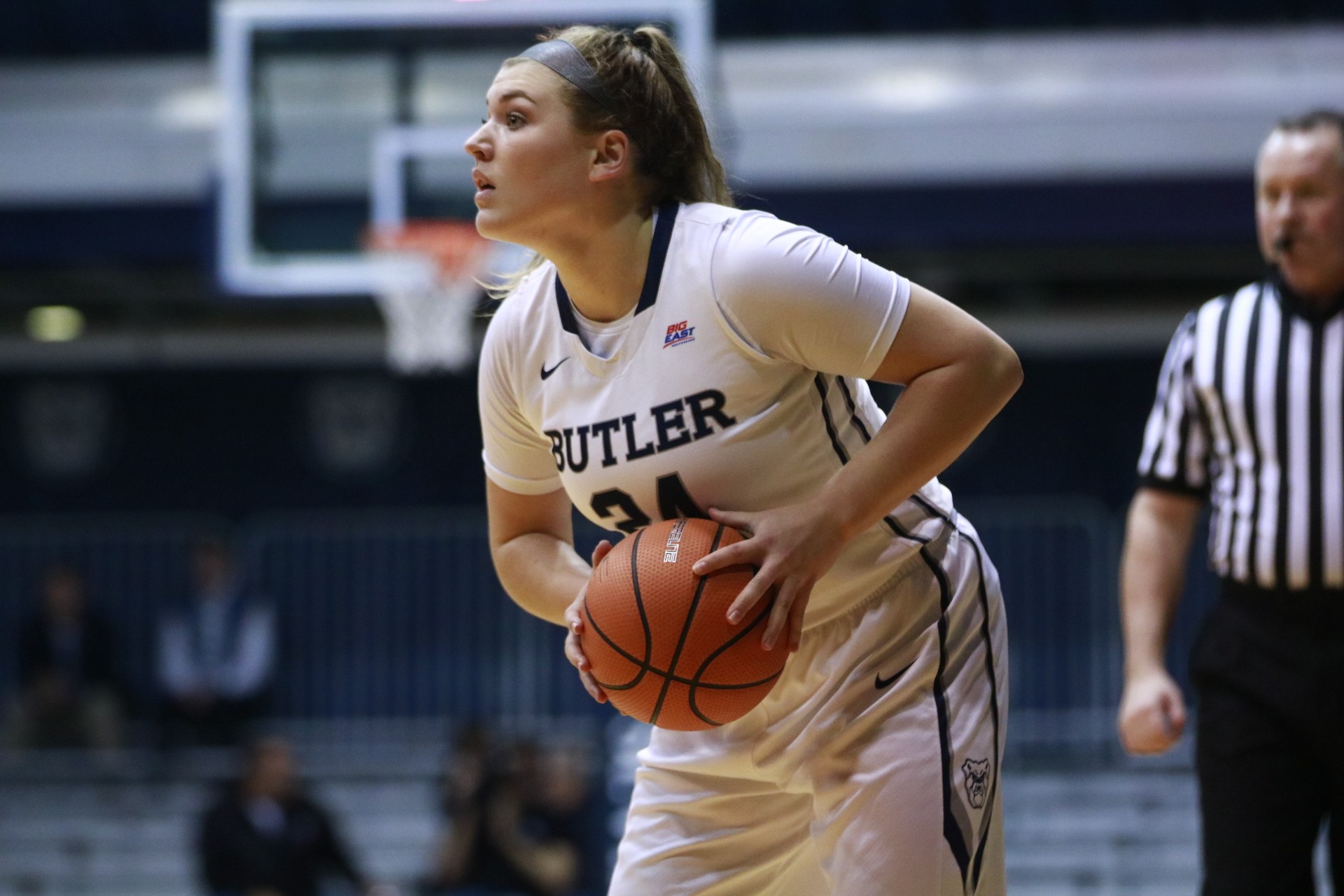 Sophomore Kristen Spolyar looks for an open teammate in non-conference action earlier this season. The sophomore finished with seven points in Butler’s 73-55 loss to the Red Storm on Jan. 10.

The Butler University women’s basketball team dropped to 3-2 in conference play with a 73-55 loss to St. John’s University at Hinkle Fieldhouse Jan. 10. The team is now 11-6 overall on the season.

Butler trailed St. John’s from early in the game and committed six turnovers in the first quarter. Although the Red Storm were limited to just 13 points in each of the first two quarters, the Bulldogs struggled to find the basket, scoring just 10 and 12 points in those quarters.

The Bulldogs remained within striking distance in the third quarter, but the Red Storm would outscore Butler 25-13 in the fourth quarter to prevent a comeback.

Schickel led Butler with a game-high 19 points, and also collected seven rebounds and four assists. Schickel reached 1,000 career points with a layup in the third quarter.

For the game, St. John’s outshot Butler from the field 48 to 38 percent, while both teams shot roughly 10 percent from beyond the arc. The Bulldogs were out-rebounded 35-29 by the Red Storm, who also forced 20 Butler turnovers.

After previously winning three games in a row, the Bulldogs will look to get back in the win column when they square off against Marquette University on the road Jan. 12.