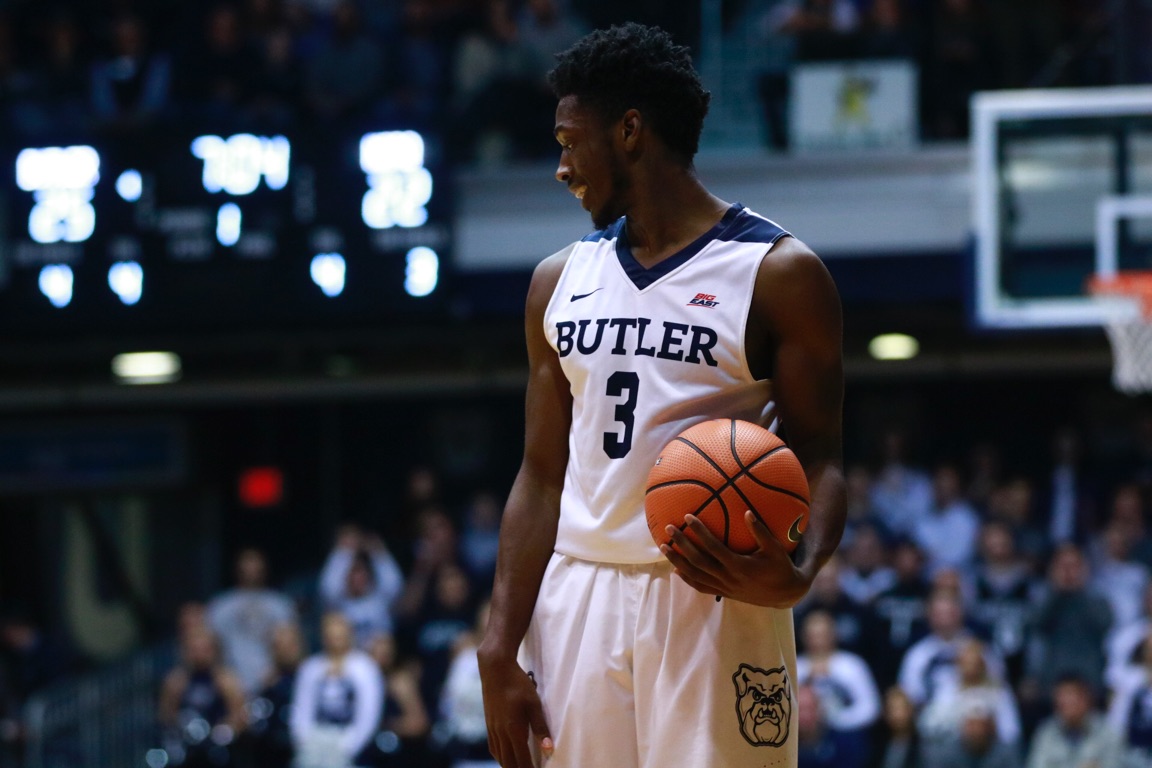 Kamar Baldwin clutches the ball in Big East action earlier this season. Baldwin led the Bulldogs with 25 points in the loss to Providence on Jan. 15. Collegian file photo.

The final numbers from today… pic.twitter.com/mmFF25Jdgh

The Bulldog’s record moves to 13-7 overall and 3-4 in conference play. The team is now 1-3 on the road in the Big East, with their only conference road win coming at Georgetown on Dec. 27, 91-89 in double overtime.

Butler led Providence 27-17 with three minutes left in the first half. The Friars closed the first half on a 8-2 run, and the Bulldog lead was just four points at halftime.

The numbers from the first half.. Kamar Baldwin leads the Dawgs with 10 points and four rebounds. pic.twitter.com/jhpqCPWFYN

After the break, the Friars opened with a 18-4 run in the first seven minutes of the second half. The Bulldogs would get within five points after a Kamar Baldwin layup with 2:11 left, but back-to-back buckets by Providence gave the Friars the game in the closing minutes.

Poor shooting doomed the Bulldogs throughout the game. The team shot under 35 percent and went just 6-24 from behind the arc. The Friars finished 50 percent from the floor and 38 percent from the three-point line.

Baldwin led the Bulldogs with 25 points. He was the only Butler player to score double-digits. The Friars kept seniors Tyler Wideman and Kelan Martin quiet offensively, as the pair finished with eight and six points each, respectively. Senior Kyron Cartwright led the Friars with 18 points, while the Friars had four players total double-digit points.

The Bulldogs will head to DePaul University for their next game on Jan. 20 at 2:00 p.m.