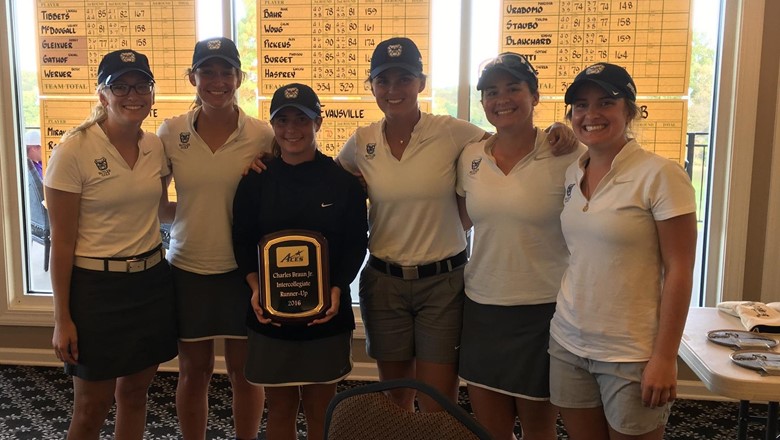 The women’s golf team poses with a trophy from earlier this season. Photo from butlersports.com.

The team finished with a team total 931 after three rounds.

Leading the Bulldogs was junior Abigail Gleixner who was the low individual for the Bulldogs. Gleixner finished the tournament with a +6 total of 222 which put her in a tie for sixth place.

The Bulldogs struggled with taking advantage of the Par 5’s in Deland, finishing last in scoring on those holes at +26. Birdies were not coming easily either for Butler, the team finished the tournament with 18 birdies ahead of only Brown University who had 13 birdies of their own.

The Butler women’s golf team will return to the course April 9-10 when they compete in the Indiana State Invitational in Terre Haute.