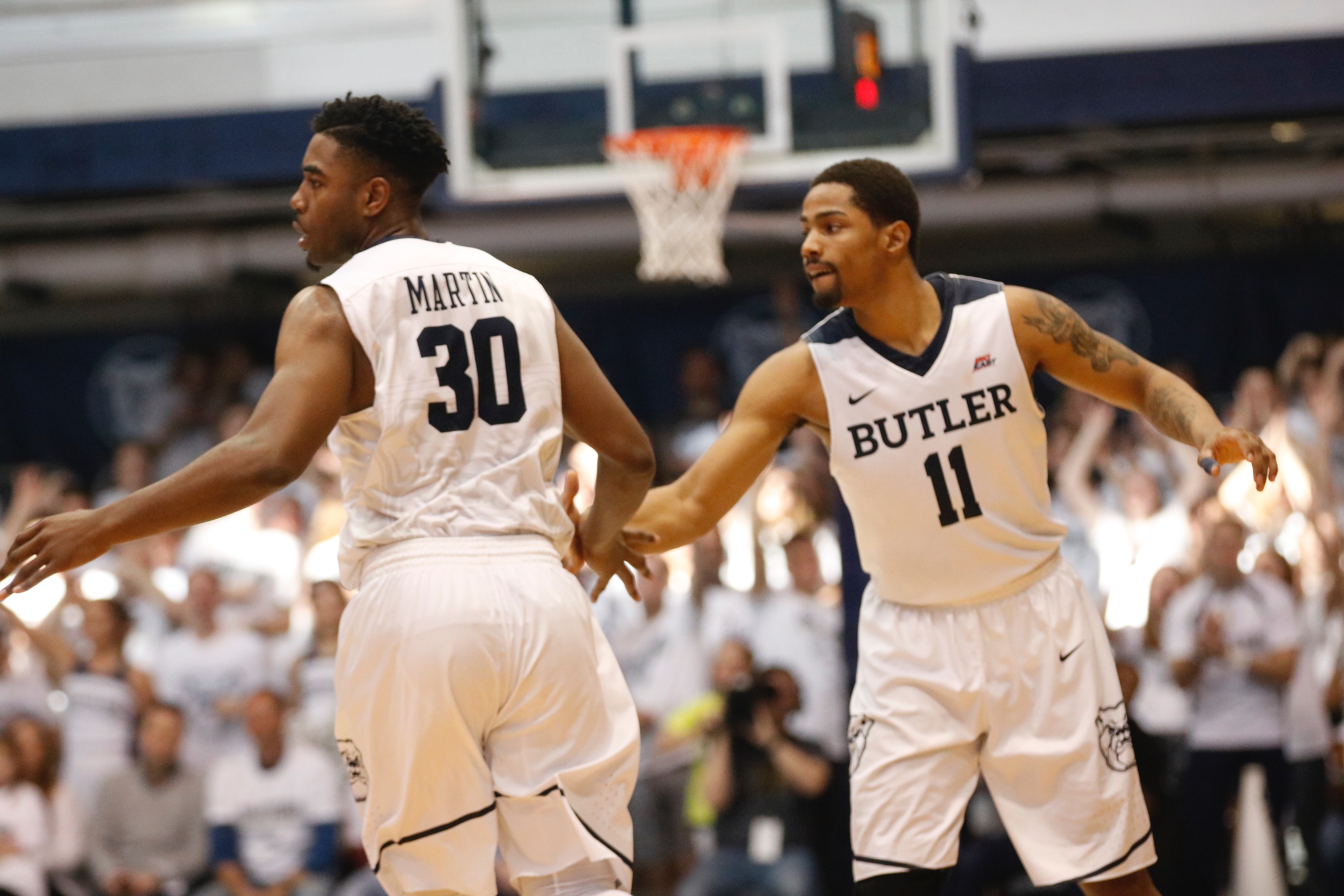 Where: The Pavilion in Villanova, Pennsylvania, and airing on Fox Sports 1

The last time these two teams met, the court inside Hinkle Fieldhouse was overrun by Butler students. The then-ranked No. 18 Butler handed No. 1 Villanova their first loss of the season with a 66-58 defeat on Jan. 4.

While Butler found success in the their last meeting, Butler head coach Chris Holtmann said his team knows how tough this road test will be.

“Our guys understand they are one of the very best teams in the country,” Holtmann said after the DePaul game. “They’re really tough and we’ll have fun with it. I know these guys, they’ll be excited about it.”

In the game on Jan. 4, Andrew Chrabascz and Kethan Savage led Butler in scoring with 13 points each. Besides their efforts, the team’s collective defense against Villanova spurred the victory.

The Wildcats shot 37 percent (19-of-51) from the field, and Josh Hart, their leading scorer who averages nearly 20 points per game, was held to 13 points in the contest.

We take you inside the locker room following last night's win over #1 Villanova in this week's episode of Inside Butler Basketball pic.twitter.com/nXKlic0Y0i

The Bulldogs have momentum after securing two runaway wins against the St. John’s Red Storm and DePaul Blue Demons this past week in Hinkle Fieldhouse. Holtmann said he knows his team’s recent performance is what matters leading into a matchup like this.

“Most important right now is how is your team playing,” Holtmann said. “Our guys understand what a great challenge it’s going to be. We’ll need to play very well to give ourselves a chance.”

After their trip to Villanova, the Bulldogs will take on the Xavier Musketeers at the Cintas Center on Feb. 26. Their last regular season game of year is in Hinkle Fieldhouse against the Seton Hall Pirates on March 4.