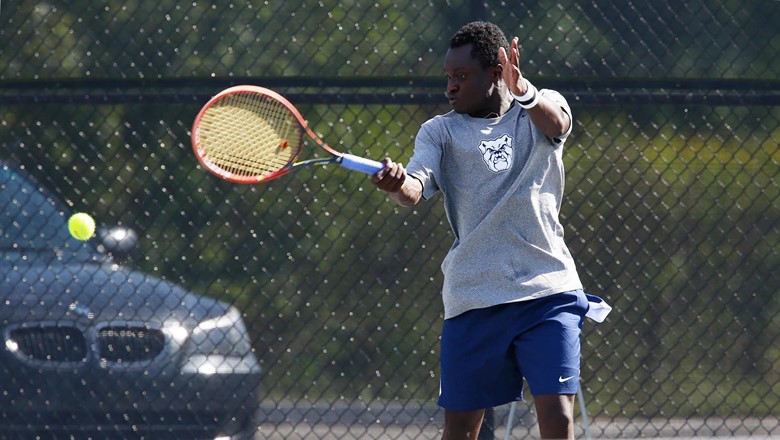 Although the Bulldogs split the sets in the No. 2 and No. 3 doubles matches, sophomores Aviv Ben Shabat and Ari Gerstein walked away with a 7-5 victory over the No. 1 doubles Green Bay team of Matej Kostadinov and Miles McDowall.

Senior Mikheil Khmiadashvili and sophomores Mason Dragos and Spencer Lang earned victories over their Green Bay opponents during the second, third and fourth singles matches. Khmiadashvili and Dragos saw identical match scores of 6-4 and 6-2, while Lang scored his victory 6-0 and 7-6.

The Bulldogs head to Columbus, Ohio to take on the Buckeyes of Ohio State University Jan 24 at 11 a.m.