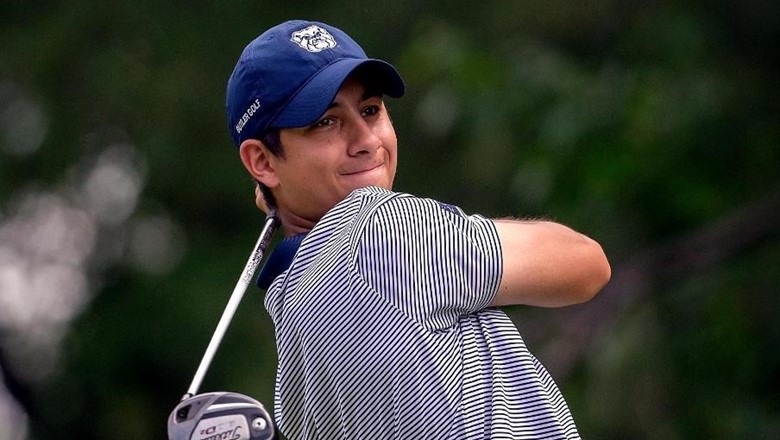 The Butler University men’s golf team kicked off their 2016 campaign at the Badger Invitational in Madison, Wisconsin, from Sept. 11-13. The Bulldogs finished 13th with a team total of 905 (+41).

The first half of the first day had the Bulldogs in contention. The Bulldogs made the turn with a team total of even par led by Sophomore Gehrig Hollatz who went out in 35 shots.

The 7,259 yard, par-72 University Ridge golf course proved a challenge for the Bulldogs over the next 45 holes.

The team ended the first round with a final score of +17, followed by a second round score of +15 and a final round score of +8 for a total of +41. The Bulldogs struggled, but there was steady improvement and the team has a positive trend to take into the next tournament.

Hollatz finished the tournament at +6 with rounds of 73, 75, 74, good enough for a T-31 placing and the highest individual placing for the Bulldogs.

Junior Hunter Byram and Freshman Michael Denner both finished in a tie for 47th with three round totals of 227 (+11). Senior Joey Arcuri finished with a total of 228 (+12), one shot back of Byram and Denner. Freshman Pat Allgeier finished his tournament with a third round score of 74 and a total of 232 (+16). Sophomore Zach Carrabine rounded out the Butler lineup with a final score of 233 (+17).

The Butler University men’s golf team is back in action on Oct. 3-4 when they compete in the Butler Fall Invitational.