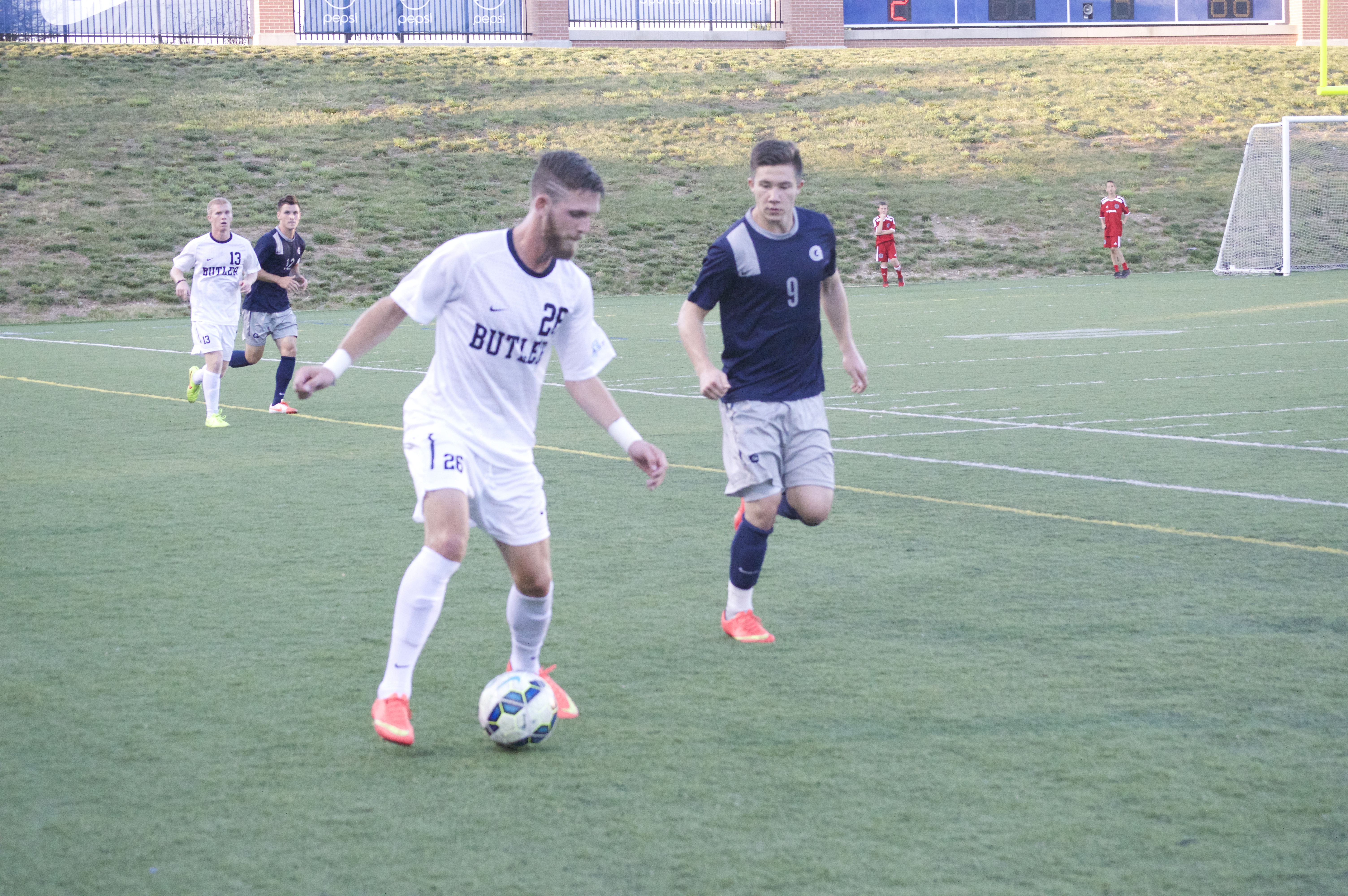 Butler University men’s soccer team will face Creighton University this Saturday, looking to break a two-game conference losing streak.
Creighton (8-1-1) comes into the match ranked No. 9 in the NCAA.

Butler has never won against Creighton University with a record of 0-3-1 (zero wins, three losses, and one tie).

Despite Butler’s mediocre record this season, head coach Paul Snape is looking at the positives.

“There’s a lot of good things that we’re doing right now,” Snape said. “Every single game that we’ve played this year has been very tight.”

Sophomore forward A.R. Smith thinks that practice is the most important aspect for the Bulldogs to pull out a victory against Creighton.

“This week’s practice will definitely determine how we play,” Smith said. “The quality, the determination, the level of play; we have to raise to another level to be able to compete against this team.”

Snape knows they have to be ready for a tough matchup on Saturday, but he is ready for his team to play against a good opponent.

“Going into Creighton this weekend, we’re going to have to come out, really be on the same page, and play a great game,” he said.

Smith knows that without putting in the time and effort, Creighton will be a very tough opponent.

“We’re going to go in with full confidence expecting to win,” Smith said, “but we all know without hard work, that won’t happen.”
The game will begin at 8 p.m. at Morrison Stadium.