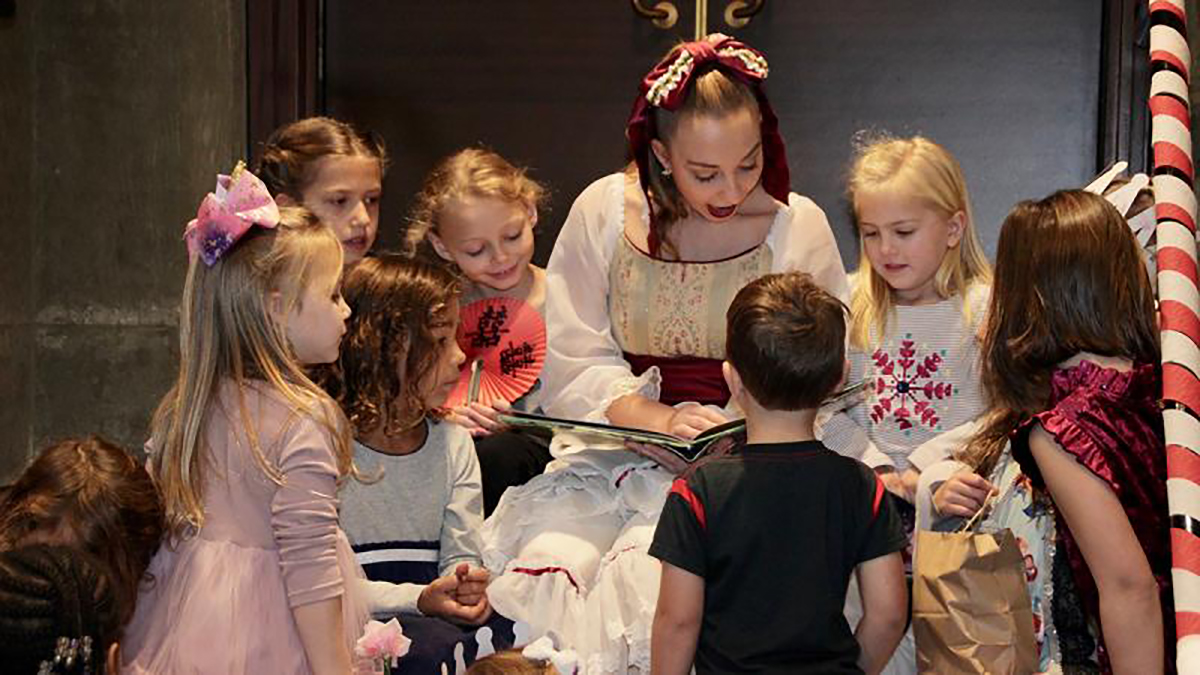 Aspiring dancers get to meet with the cast of the Nutcracker. Photo courtesy of Butler University.

On Sunday from 11 a.m. to 1 p.m., Butler Ballet will host the annual Nutcracker Tea Party in the lobby of Schrott Center for the Arts.

This event is held to promote Butler’s Nutcracker, which will run Dec. 5-8. During the tea party, cast members dress up as their characters and interact with young aspiring dancers.

The main purpose of this party is to allow a younger audience to meet some of the characters so they can feel a part of the production.

For the last couple of years, the Sigma Rho Delta dance fraternity has been the main coordinator of the event.

Emily Horowitz, a junior dance pedagogy major, is part of the dance fraternity and has a committee of about 15 people helping her facilitate the tea party.

“It used to be a free event that then kept growing because people kept expressing more interest in it,” Horowitz said. “Over the years, it became a bigger thing with more people coming, more tickets being sold and more elaborate as far as what we do at the party.”

In addition to the meet and greet, many leads from the Nutcracker will teach the attendees some choreography.

Amber Wickey, a senior dance pedagogy major, said narrative ballets like the Nutcracker can often be difficult to understand. Wickey will be participating in the Tea Party as her character, the Columbine Doll.

“This year my partner and I, Columbine and Harlinequin, are going to be doing our duet for them,” Wickey said. “That’s kinda new this year because we don’t usually dance. Last year, we taught them some small dance steps from each of our parts and they really liked that.”

The cast will teach the kids different moves to help them better understand when they see the actual performance.

“[The cast] makes them feel a part of the production so that when they see it they can recognize what’s going on,” Wickey said. “Even though Nutcracker is more of a ballet for a younger audience, it’s nice for them to be able to relate to the characters.”

The Nutcracker Tea Party will also include a light lunch and crafts for the kids. It will be hosted in the Schrott Center for the Arts Lobby, with tickets starting at $20 for adults and $15 for children.