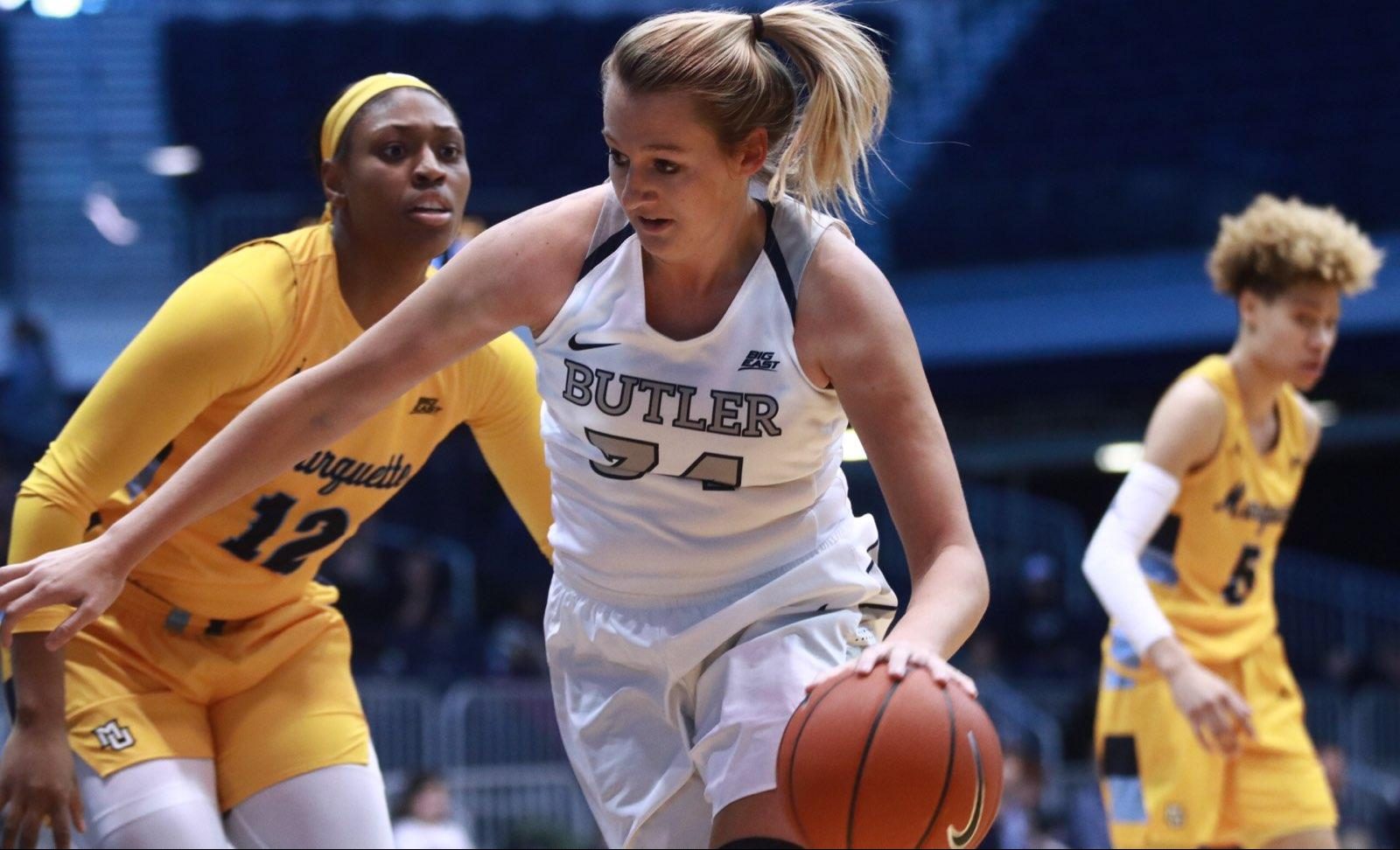 After a close first half, the Butler women’s basketball team lost at home to Marquette, 87-58. Butler falls to 16-4 overall and 6-3 in Big East play, tied for second place in the conference. Marquette stays undefeated in conference and improves to 18-3 overall.

After a slow start in the early minutes of the first quarter, Butler managed to stay within striking distance in the first half, trailing 36-31 at the break. The second half saw Butler collapse, failing to record a field goal until the 5:16 mark of the third quarter and ultimately losing the second half 51-27.

The main reason for Butler’s collapse was Marquette’s immediate defensive pressure in the second half. Marquette pressed in the backcourt and trapped at the sidelines, spurring a 12-0 run and a Butler timeout. Marquette forced 16 Butler turnovers in the contest.

For the second straight game, Butler had issues stopping its opponent’s 3-point barrage. Marquette, who is third in three-point percentage in the Big East, shot 11-for-23 from deep. Leading the attack was Natasha Heideman, who hit five threes.

“We wanted to do short closeouts on Heidemann to make sure we’re up on her. She got a couple off of second-chance opportunities where we were scrambling. She’s just a special kid, having a great Senior year,” Godlevske said.

The problems didn’t stop there. There was also rebounding, in which the Bulldogs lost the battle 37-26. To note, Tori Schickel, who is fourth in the Big East in rebounding average with 8.9, snagged only three boards.

“Ninety percent of rebounding is having the heart to go and get it,” Godlevske said, “The other 10 percent is technique. I was so focused on us being able to control the ball to not let it get in certain areas of the floor, that once the shot went up, I wasn’t looking to see what our positioning was.

Only two players cleared the double-digits mark for points: Kristen Spolyar and Emilia Sexton. Sexton checked into the game late and played only six minutes, but showed promising flashes. In her first game action since Dec. 17 against Indiana State, she splashed in two corner threes and one from the wing.

Butler will aim to bounce back from the last two losses at St. John’s on Feb. 1 at 7 p.m.