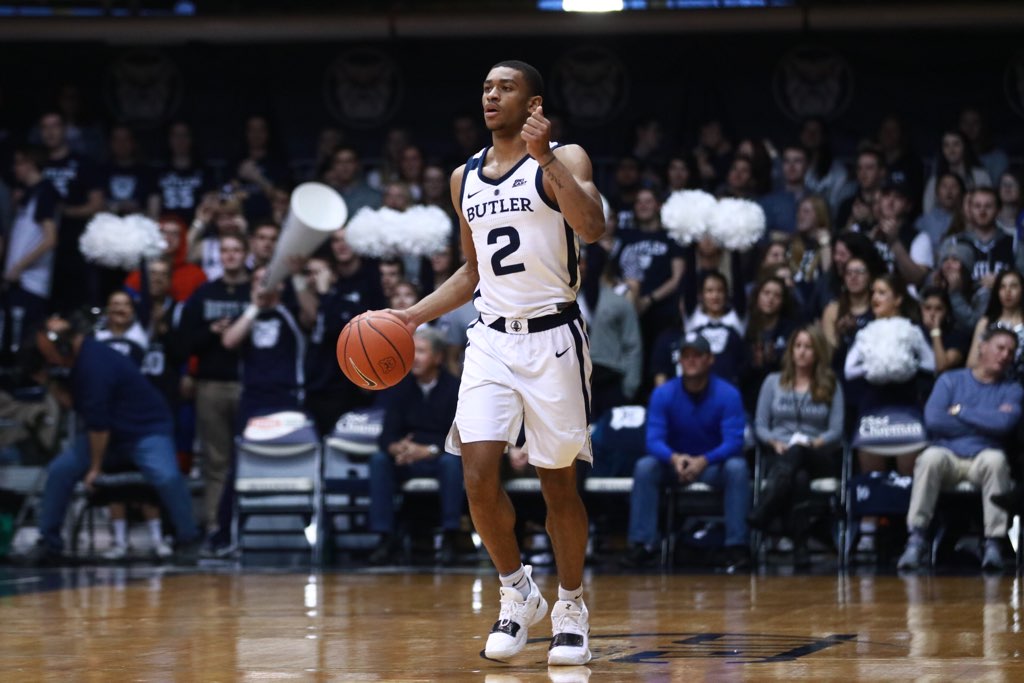 After a 1-3 start to Big East play, the Butler men’s basketball team was looking to get a winning streak going. A talented St. John’s squad stood in their path.

A good boy knows an enemy from a friend.

As this was the first home game since students returned from break, there was extra emotion in this game. Players and coaches, alike, fed off of it in the early going.

LAVALL JORDAN CELEBRATING LIKE ITS 1999!!! Dawgs respond with a big run to extend their lead to 14 and have the ball. #Butler #GoDawgs

And when there are plays like this, fans will get on their feet.

🤫🤫😴😴 he cant guard him pic.twitter.com/moChlMBcCv

Even had our own Jimmy Lafakis in awe.

Jordan Tucker just shook that man all the way back to Queens. pic.twitter.com/tWhyjZ3gcA

And while Jordan Tucker had the best game of his career against DePaul, it was evident early that he had more where that came from.

Tucker has tied his career high of 19 (set Wednesday at DePaul). I mean, the guy is good.#Butler

Proving doubters wrong in the process.

While this was a breakout game for Tucker, the undisputed best player on this team, who had quietly dropped a season-high 30 points to go along with nine rebounds.

And with this newly-formed dynamic duo, the Bulldogs are a much scarier team.

After some offensive struggles in the last few games, it was good to see that the snow outside didn’t keep the Dawgs cold inside.

May be a snowstorm brewing over the Midwest but a strange hotspot on the radar at 510 W. 49th Street in Indy. #GoDawgs🐶🏀 #BasketballDayIndiana @FOXSports #HarperWatch pic.twitter.com/DBQvybqgVj

And a nice statement win on network television, no less. Great recruiting tool for Coach Jordan.

But for as far as this season goes, Bulldogs fans can breathe, but not for long. Defending champion Villanova strolls into town on Tuesday at 7 on FS1.