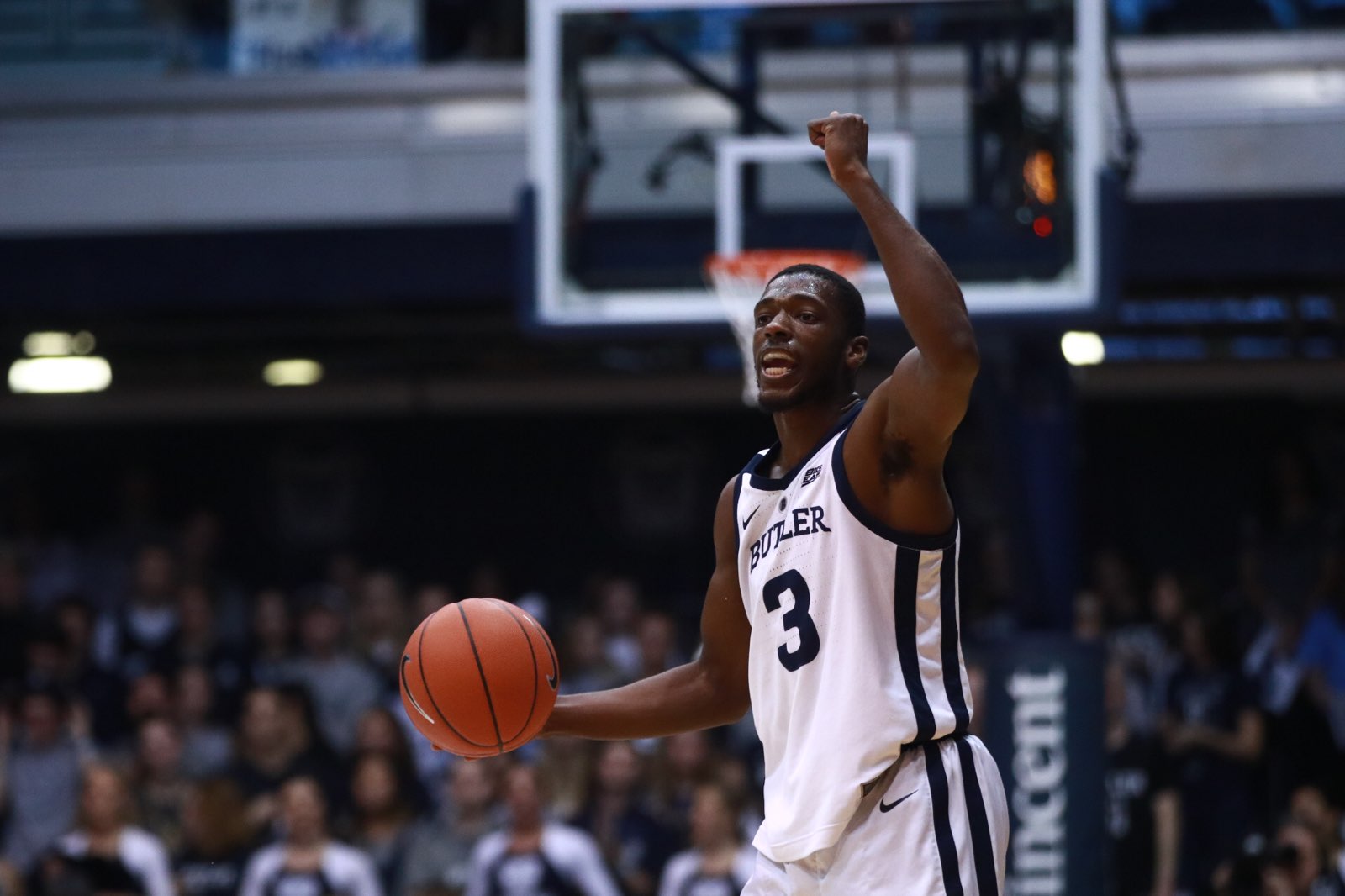 As Butler looked to hone their skills before their matchup with Indiana next week, eyes were looking at the offensive end for the Bulldogs to look for signs of improvement. They were not disappointed.

Hinkle was prestine, that wasn’t a surprise.

Butler SPRINTED out of the gate. And Sean McDermott was in the middle of it.

So that happened: Sean McDermott has five 3s and 15 points in 11 minutes.#Butler

And others joined in the fun.

Butler’s defense impressed too, holding the Huskies to a rough-shooting first half.

1H U8: #Butler is ALL OVER Northern Illinois right now, leading 41-13. Dawgs are shooting 9-for-13 from distance. They have also recorded 12 assists on 15 made baskets with NO turnovers. Showing no struggles against man or zone defense.

But you know what they always say, you have to put the ball in the hole to win.

It was a welcome sight for a Butler team that had struggled offensively in recent games.

We’re up 23 at half and we’re a week away from @Therealjtucks. What a Saturday. pic.twitter.com/1Ezulbz832

The rest of the half finished as expected. NIU coach Mark Montgomery had some thoughts that Bulldogs are ecstatic to hear.

“If Butler continues to shoot like that, they will win the Big East running away.” -Northern Illinois head coach Mark Montgomery pic.twitter.com/nStEiqtdBj

Around the conference, Cincinnati took down cross-rival Xavier.

Any day when Butler wins and Xavier loses is a very good day.

Nate Fowler has struggled in the past few games, and fans are starting to wonder when/if a change will happen.

Brunk has to start starting right?

At the end of the day, a win is a win, but this was the performance the team was looking for. Especially because of who they are playing next week.

A look at the final numbers from today's 95-68 win… pic.twitter.com/Zybt2b0QV1

The Bulldogs will next play as part of the Crossroads Classic, where they will take on the Indiana Hoosiers. The game is at Bankers Life Fieldhouse in downtown Indianapolis. The game will tip at 3:45 on Dec. 15 and will air on CBS.