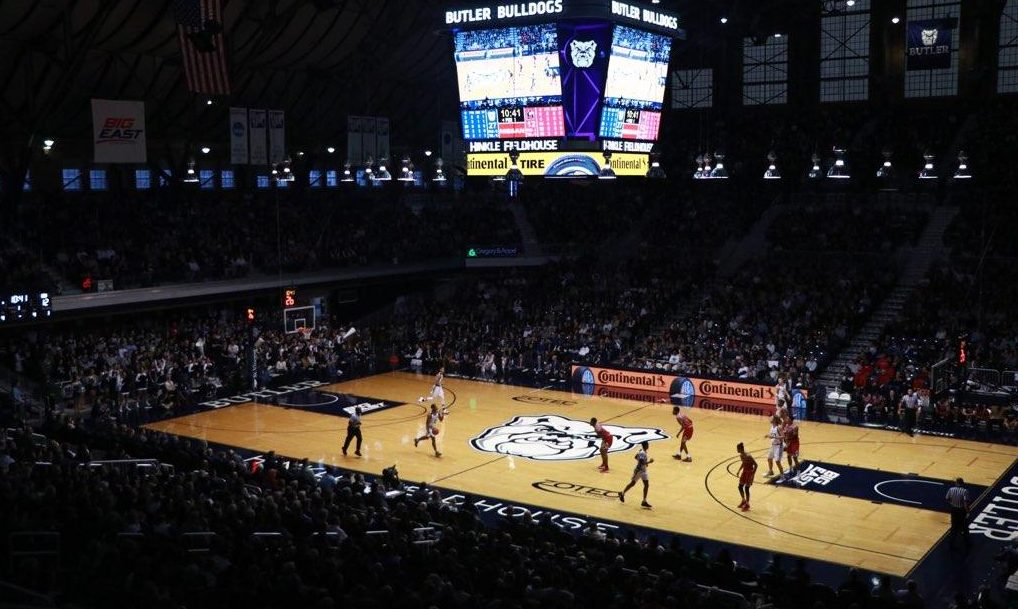 The Butler men’s basketball team makes their way down the court on offense against Northern Illinois on Dec. 8. The Bulldogs defeated the Huskies 95-68 in the contest. Photo by Jimmy Lafakis.

On Butler’s performance: “If Butler continues to shoot like that they’re going to win the Big East running away. I thought they played extremely well. We didn’t make them feel uncomfortable. They’re a good ball club. Offensive efficiency for Butler tonight was outstanding.”

On what made Butler a tough opponent: “They had everything from transition to half-court. Their defense is already a top-40 defensive team. … They have great ball movement, too. They spaced the floor and they can get you in the match up situation and you have to sooner or later get down in the stance and check.”

On getting contributions from throughout the roster: “It was a true team win. … You look up and you see 27 assists on 34 made field goals. It tell you a lot about who they are as people, how they were raised, why we recruited them here to Butler.”

On facing the Huskies: “Northern Illinois is a really good team. They still shot 50 percent from the field. Offensively, we knew they were going to be a challenge. We disrupted them early and I thought that set the tone.”

On getting contributions from the paint as well as the perimeter: “It was a huge emphasis to play inside-out basketball. There’s a lot of ways to get the ball to the paint. … Nate [Fowler] had five assists, one turnover. Joey [Brunk] had two assists, no turnovers. So the scoring is one thing, when we can find them in good positions, but I think their ability to pass and us playing through them sometimes relieves the pressure on Kamar [Baldwin] and Paul [Jorgensen] and Aaron [Thompson] to have to do so much off the bounce.”

On shot selection: “We knew we were going to shot our fair amount of threes. We can’t be three-ball dependent, but when we’re going, when we’re playing at our highest level, we’re probably making shots. But we’ve got to continue to look inside.”

On Jordan Tucker’s upcoming eligibility: “These guys … they’ve learned Jordan’s game and he’s learned … how we play and what we’re looking for. He’s done a great job, I think he’s had a really good last couple weeks of just practicing.”

On his impressive offensive performance: “It’s a confidence-builder. But also at the same time, there wasn’t a shot I hit that wasn’t assisted on. It builds my confidence also that … I have great teammates that are setting me up in positions where my shots aren’t too difficult. [I’m] just thankful for the guys around me.”

On becoming a leader on both sides of the court: “I think it’s really important because we have a team that has a little bit more experience this year than last year. I think guys can kind of pace themselves but it’s also … me kind of having to take a man and kind of direct people where they go, stuff like that. So I think it’s really important just from a pace standpoint.”