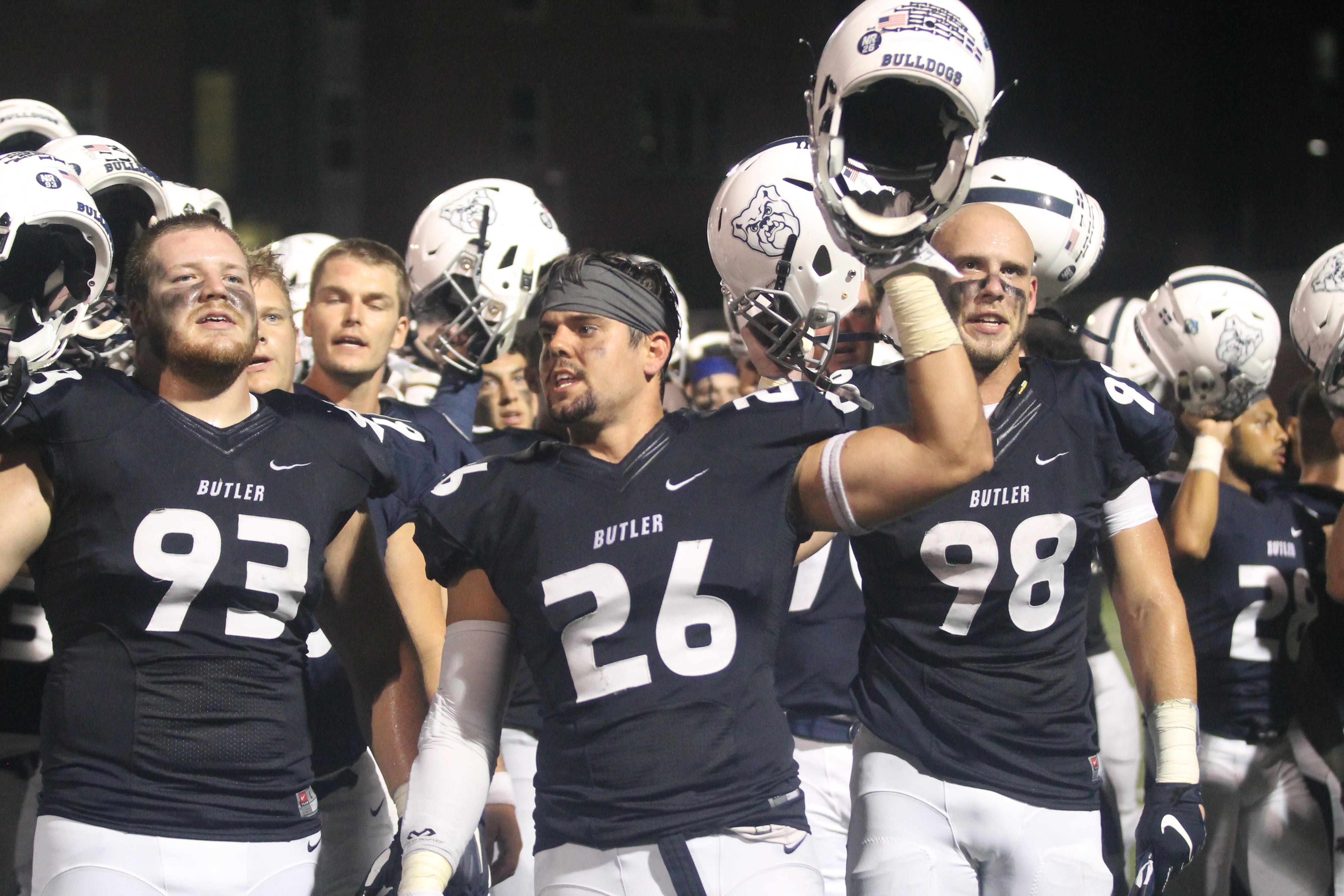 The men’s golf team begins their season on Monday as they travel out to the University of Toledo to compete in the Inverness Invitational. The event consists of 36 holes on Monday and a final round of 18 on Tuesday. Butler is among a field of 12 that includes five teams from Golfstat’s top 60 ranking: Virginia, Tennessee, St. Mary’s, Santa Clara, and San Francisco. Junior Logan Sabins leads the Bulldogs into the season after posting a team-best average of 74 last year. The invitational begins early Monday morning.

Butler men’s soccer takes a break from Big East play to host the Marshall Thundering Herd out of Conference USA. Despite Marshall’s losing record, they have put up some very impressive fights so far this year. They defeated Ohio State in a neutral game and lost a one-goal game to the 19th-ranked team in the country, Virginia. Also, Marshall dropped a one-goal game to Oakland, a team that came into the Sellick Bowl for an exhibition and beat Butler by two scores. The Bulldogs look for their first home win as part of their non-conference slate on the season. Youth Soccer Night is accompanied by the game, which begins at the Sellick Bowl at 6 p.m.

The Butler women’s soccer team returns home for the first time in over two weeks to square off against the Seton Hall Pirates. SHU definitely plays at a much slower pace than the Bulldogs considering the Pirates have four ties on the season and neither they nor their opponent has been able to score more than two goals through the first nine games. Not surprisingly, last year’s match between these two ended in a scoreless draw. Courtesy of butlerbulldoggear.com, the Bulldogs’ conference home-opener is free of charge. The match begins from the Sellick Bowl at 7 p.m.

On Friday, the Butler volleyball team opens up their season against Big East power Creighton. The Blue Jays are ranked 10th in the nation and have won the last four Big East regular season and conference tournament championships. Despite their dominance in the conference, the Bulldogs have seen their fair share of success against Creighton. Butler held a 2-0 advantage in Omaha before losing the succeeding three sets. In Hinkle, the Bulldogs lost 3-2, which included a 38-36 gut-wrenching loss in the second set. Hinkle Fieldhouse hosts Daddy & Daughter Day, with the game starting at 6 p.m.

After having a week off, the men’s and women’s cross country teams are in action at the Nuttycombe Wisconsin Invitational in what will be the team’s first of two trips to Madison. While the Bulldogs didn’t compete in this event last year, being invited to this invitational is an accomplishment in itself. Wisconsin is a top-10 cross country program in the country and in last year’s event, Stanford, a top 5 team across both sexes, competed along with Northern Arizona who is currently the top-ranked men’s cross country team in the nation. With a stacked field ahead of them, the Bulldogs compete at a time that is still to be determined.

After a bye week, the Butler football team opens up its conference season with a tilt against the Morehead State Eagles. This is the first of two games that are a part of the homecoming festivities here on Butler’s campus. In last year’s game, the Bulldogs went on the road and put up a 44-6 win behind 253 rushing yards. The Eagles were picked to finish eighth in the preseason coaches’ poll and it has been their defense that has been their weakness thus far. They have given up 48.7 points a game and a whopping 63.5 points a game to FCS opponents. Look for a lot of points to be put up on the scoreboard on Saturday as Homecoming kicks off with the football game starting at 1 p.m.

The second and final game as part of homecoming is the volleyball team’s match with the Providence Friars. Not much can be gained from Providence’s out-of-conference schedule, as they did not play a single major conference school and one of their tournaments got canceled due to Hurricane Florence. In last year’s matches, the Bulldogs swept all six sets from Providence as the Friars finished eighth in the conference. As a culmination of the homecoming festivities, first serve is at 6 p.m.

After their game against Marshall, the Butler men’s soccer team returns to Big East action as they travel to New York to face the St. John’s Red Storm. St. John’s was picked to finish seventh in the conference after a 5-2-2 finish in conference play last year. In last year’s match with the Red Storm, it was Lewis Suddick’s penalty kick in the 105th minute that gave the Bulldogs the win. That gave Butler 7-2 record when all their games were decided by a single goal. The match is set to begin from Belson Stadium in Queens at 7 p.m.

The Butler women’s soccer team will go back on the road after the short one-game homestand with a match against the Providence Friars. The Bulldogs will hope that they can take advantage of being home, as they were outscored 8-1 in their trip to Texas, which knocked the Bulldogs out of the rankings entirely. In last year’s matchup, it was Paige Monaghan’s goal and assist that pushed the Bulldogs to a 2-1 double-overtime victory on the road. The match is set to begin from the Sellick Bowl at 1 p.m.

The Butler swim team opens up their season with the first of two meets hosted by Butler. The Double Dual includes Big East rival Xavier as well as other regional schools St. Louis, Eastern Illinois, and Evansville. This meet is the first opportunity to see what sophomore Olivia Allen does this year, as she broke two school records as a freshman. The meet will take place up in Fishers, Indiana, and will begin at noon on Sunday.