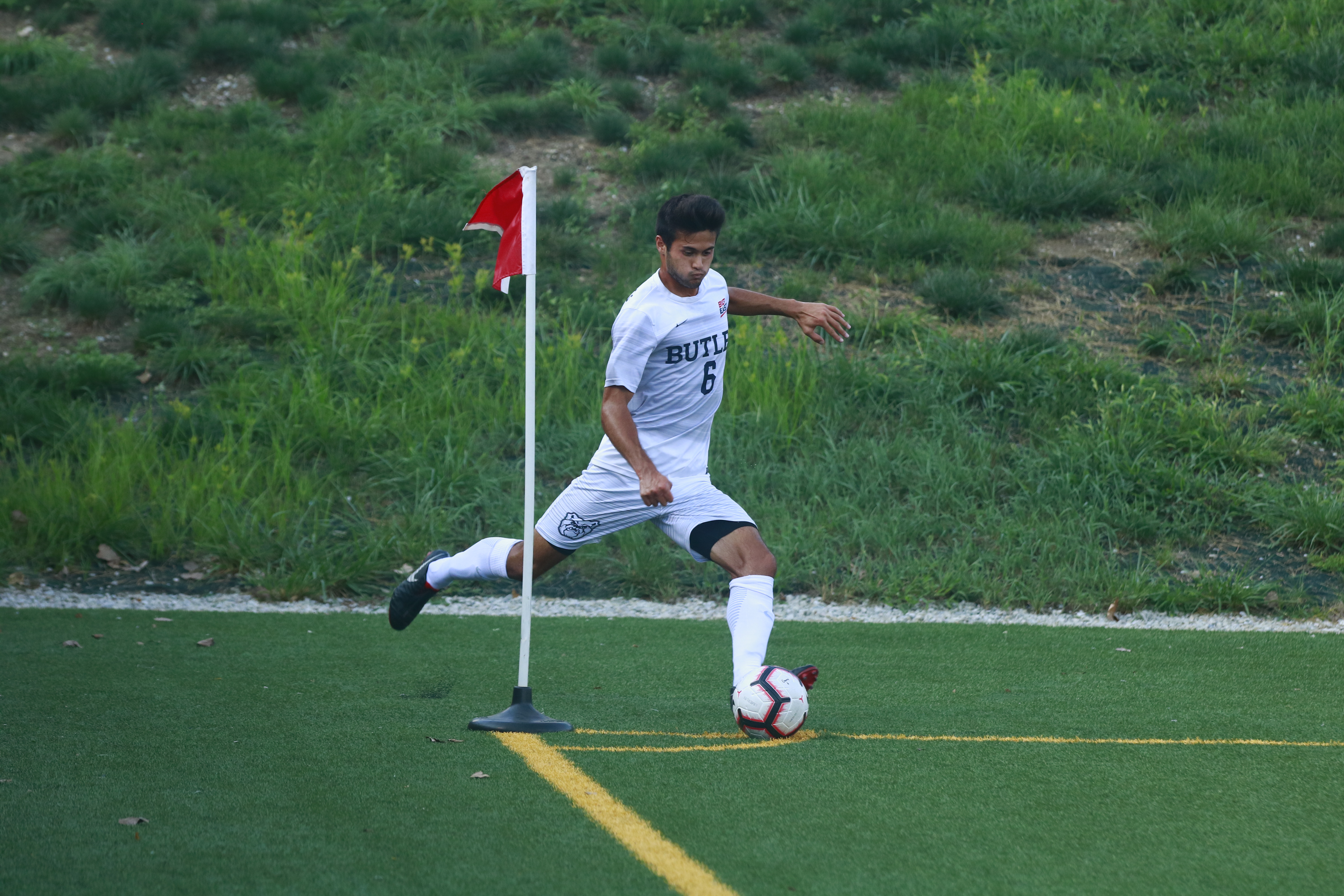 Louie Bulger takes a corner kick in a game this season. Bulger and the Bulldogs will begin conference play at Creighton on Sept. 15. Collegian file photo/Jimmy Lafakis.

The scoring woes continued for the Butler men’s soccer team as they fell to UC Santa Barbara 1-0 on the road Sept. 8 to move to 1-3-1 on the season.

The highlight of the first half was not in favor of the Bulldogs. The lone goal of the first 45 minutes came just six minutes into the game on a deflected free kick. Santa Barbara’s Rodney Michael came away with the loose ball and put one in the back of the net to put UCSB up early.

Butler’s defense was under pressure for a large portion of the first half. At halftime, the Gauchos had nine total shots with three of those efforts being on frame.

Butler’s inability to score with consistency showed up again in Santa Barbara. The Bulldogs only had seven shots all night with only three of those being shots on goal.

The Bulldogs never seemed comfortable against UCSB’s 3-5-2 formation, which was put into place just prior to the match.

The Bulldogs begin Big East play on Sept. 15 when they travel to Omaha, Nebraska, to face the Creighton Bluejays.