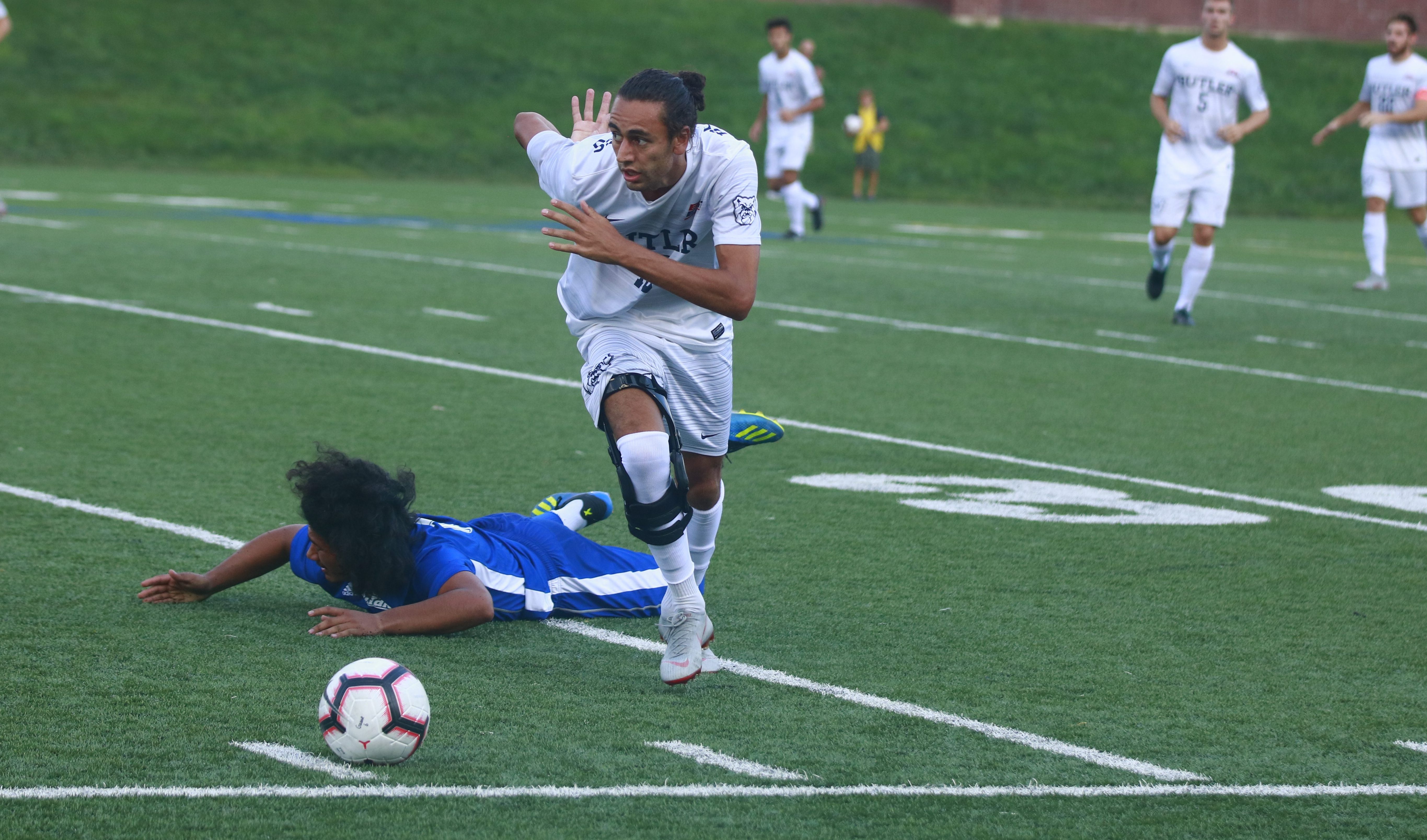 Marco Charalambous runs after the ball against Drake. Charalambous and the Bulldogs fell to Drake at the Sellick Bowl. Photo courtesy of Jimmy Lafakis.

The Butler men’s soccer team moved to 0-1-1 on the season after a 2-1 loss to Drake University at the Bud and Jackie Sellick Bowl. Both Drake goals came deep in the second half after Butler had led for the majority of the game.

The highlight of the first half was the lone goal coming in the 32nd minute courtesy of Butler freshman midfielder Eric Hollenkamp. Hollenkamp entered the game just minutes before, his first appearance in a Butler uniform. Junior forward Brandon Guhl assisted on the goal. Freshman are now responsible for two of Butler’s three goals this season.

Bulldogs strike first! Eric Hollenkamp scores in the 32′ to give Butler the 1-0 lead. pic.twitter.com/amHpKUCVjS

Apart from the goal, the first 45 minutes were closely contested with both teams getting multiple shots on target. Butler led the shot category by one but Drake put four of their six shots on goal.

Offensive pressure was the theme of tonight’s match. The two teams combined for a total of 27 shots, with 15 of those attempts being placed on frame. The Drake offense, despite not finding the back of the net until the 81st minute, had Butler on their heals the entire game.

“They were just running, working, jumping, and outrunning us,” head coach Paul Snape said. “They were kicking the ball long and just running past us. Just poor all over the field, which is really disappointing because I thought we were more mature than that.”

In the second half, Drake earned five corner kicks and put five shots on frame. Butler had a more difficult time getting scoring opportunities in the second 45 minutes, placing only two shots on goal and taking only two corners.

Butler returns to action at No. 14 Western Michigan on Aug. 30.