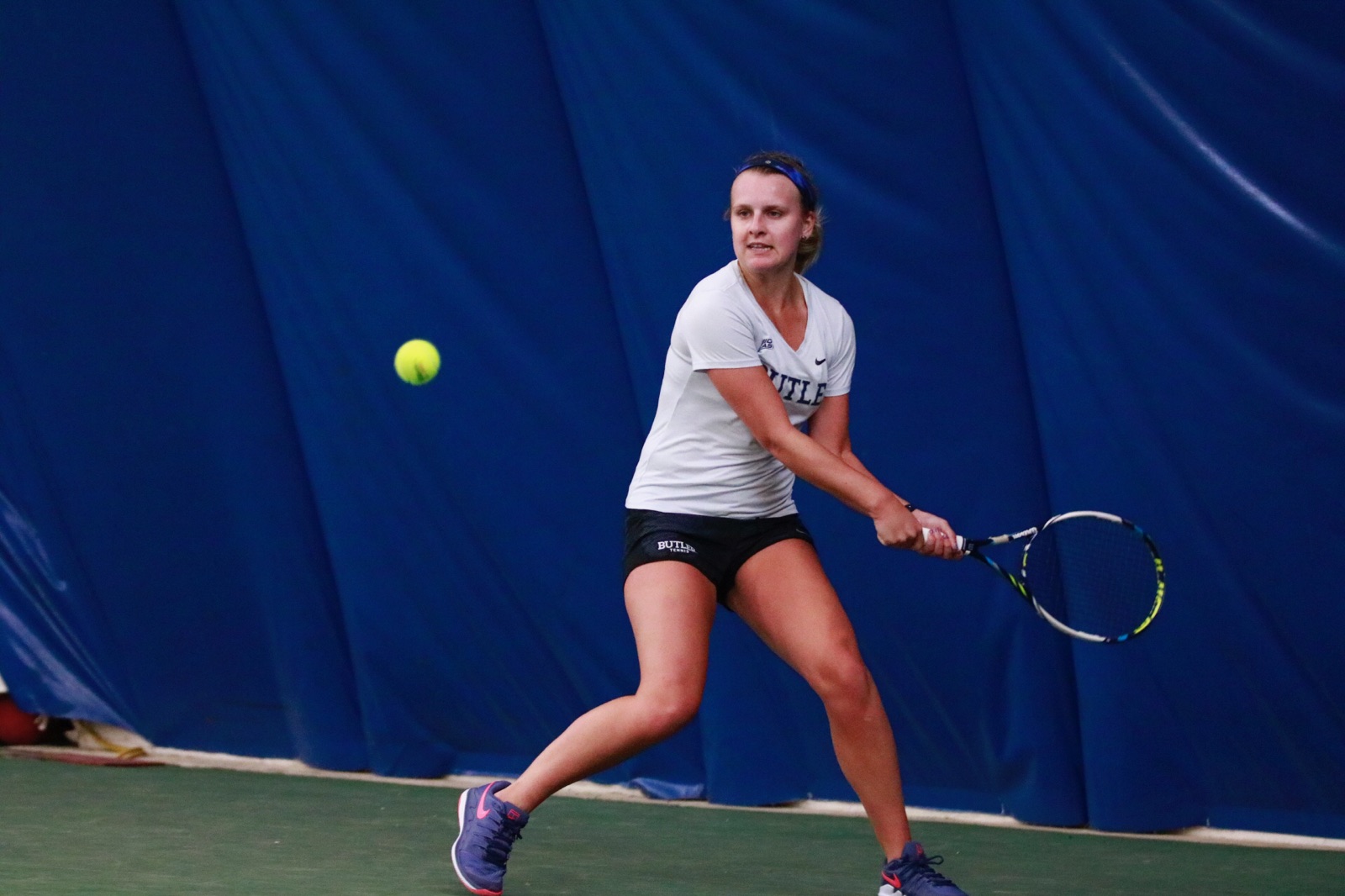 Bailey Padgett sends the ball over. Padgett and Jordan Minnick won in No. 1 doubles to help Butler beat DePaul for the first time since 2007. Jimmy Lafakis/Collegian file photo

The Butler University women’s tennis team defeated DePaul 4-3 on April 7 to improve their record to 9-15. This is Butler’s first time defeating DePaul since 2007.

“The last couple weeks we’ve been really working hard and trying to get just a little bit better,” head coach Tayo Bailey said. “I think all of that training and practice we’ve had with strategy play and specific scenarios like being down in certain situations got them mentally tough and I think in the end we’re just mentally tougher.”

The Bulldogs took an early lead by winning the doubles point. Bailey Padgett paired with Jordan Minnick won at the No. 1 spot. Butler won the third doubles match by default to give them the point.

In singles play, Butler won the No. 6 match by default. Rachel Sutton defeated Marija Jovicic at the No. 2 spot giving the Bulldogs a 3-1 lead. In a close match, Emily Neal defeated Alina Kuzmenkova 6-3, 3-6, 6-4 for the win.

The Bulldogs are 2-3 in BIG EAST play. Butler will compete at home against Seton Hall on April 21 to finish the regular season.