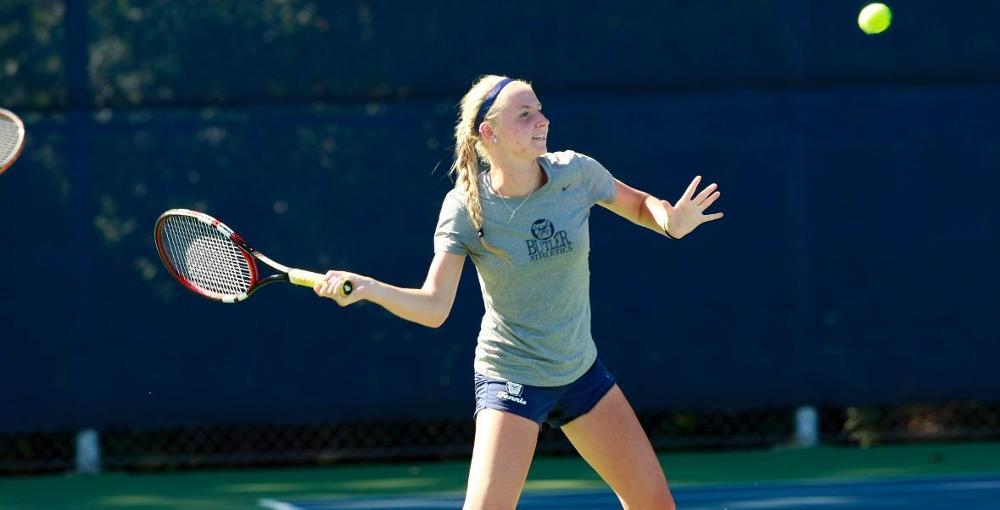 The Butler women’s tennis team was defeated by Illinois State on March 10 in a close 4-3 match.

The Bulldogs started off strong by winning the doubles point.

Rachel Sutton and Emily Neal won their match 6-4 at No. 2 doubles. The Bulldogs won the third doubles match by default to give them the point.

In singles play, the Bulldogs won the sixth court by default and Neal won her match 6-3, 6-4 at No. 3 singles.

The Bulldogs are now 6-11 on the season and compete next in Florida with two matches on Tuesday, March 13 and one on Wednesday, March 14.