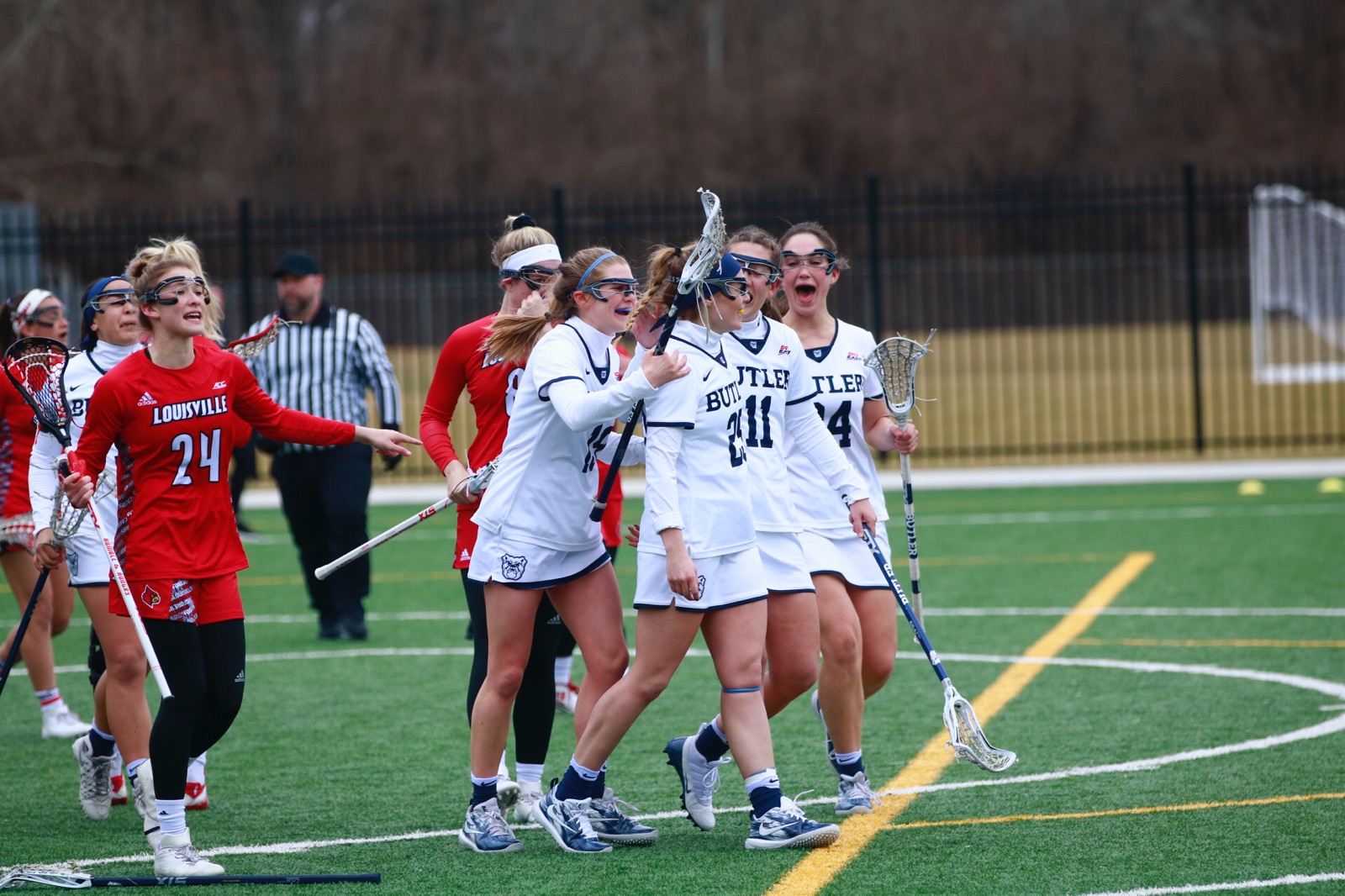 The Butler University women’s lacrosse team fell 20-9 to Campbell University on Tuesday, March 6. The loss put the Bulldogs at 0-5 on the season.

After the Fighting Camels took an early lead, Butler answered with a flurry of goals in the first half. Freshman attacker Ashley Guerra earned a hat trick in the match.

Freshmen accounted for all but one of Butler’s goals. Redshirt junior midfielder Haley Hallenbeck added a goal of her own in the second half, and Butler made 16 saves in the match.

“We transitioned the ball fairly well throughout the game and our offense was patient with their possessions,” junior defender Carly Hewitt said.

Hewitt caused a career-high four turnovers against the Fighting Camels.

Butler cut Campbell’s lead to 9-6 early in the second half, but the Fighting Camels pulled away late. Butler tied their season-high for goals in the match.

“The more we play together, the more we know our strengths and weaknesses,” freshman midfielder Elizabeth Davide said. “We’re beginning to build chemistry by connecting passes through the midfield.”

The Bulldogs will embark on a three-game spring break excursion starting on Saturday when they face Radford University. The match is slated for noon.

“I’m looking forward to bringing home our first win of the season,” Hewitt said. “Spring break is a fun time to spend with the team, and I am grateful whenever I get to travel with my teammates.”