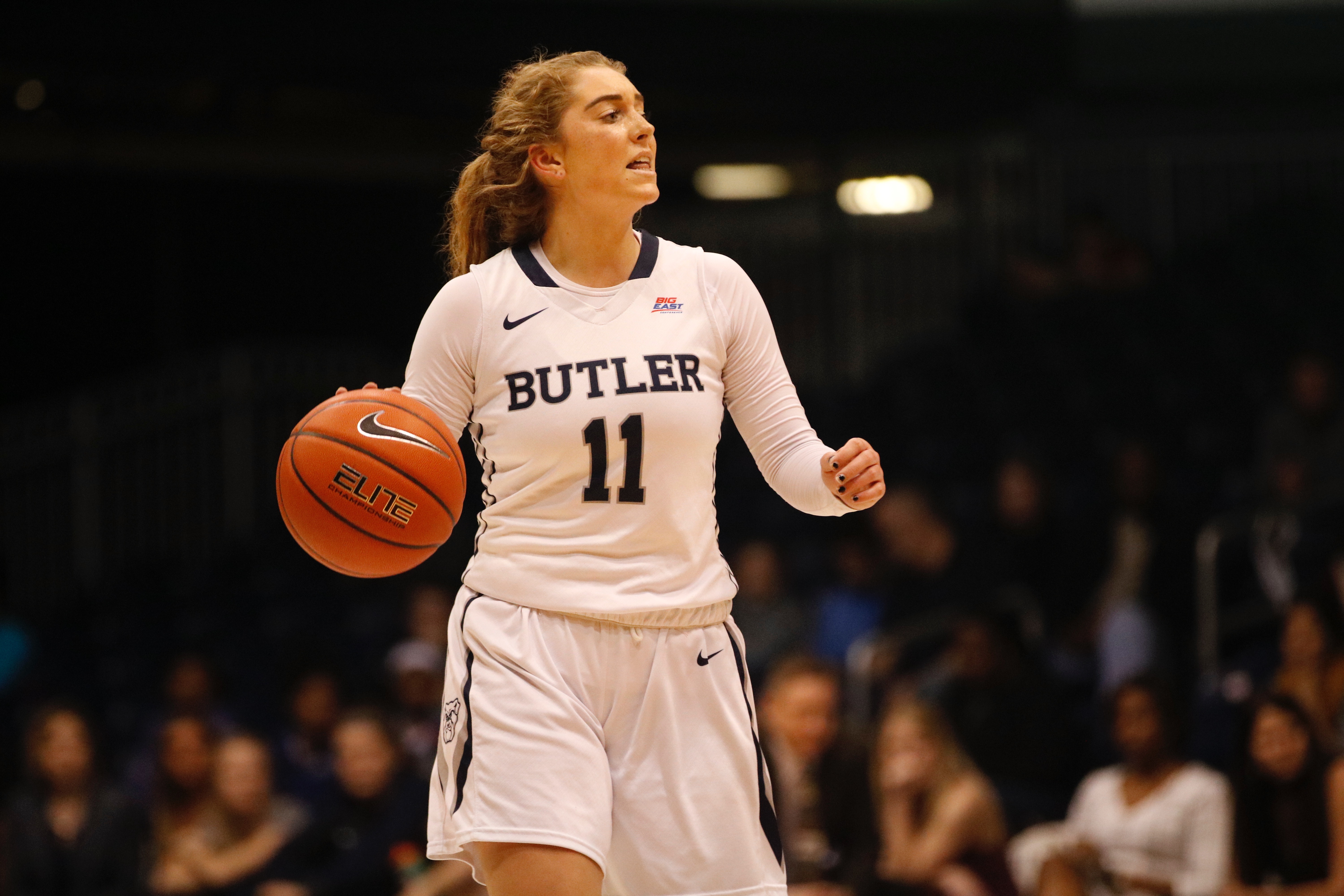 The Butler University women’s basketball team’s season came to an end on March 4 as the Bulldogs fell to first-seeded Marquette University,73-61, in the quarterfinals of the Big East Tournament in Chicago, Illinois.

Butler got off to a strong start against Marquette, leading for nearly the entire first quarter and shooting close to 60 percent from the field. After outpacing Marquette 22-18 in the first ten minutes, the Bulldogs held onto the lead for much of the second quarter before the Golden Eagles were able to pull ahead with just under two minutes remaining in the first half.

Jennings scores before the half. Marquette leads Butler 33-32 pic.twitter.com/H1fIO7QW3H

Marquette outscored Butler 33-32 in the first half, though the Bulldogs outshot the Golden Eagles from the field 52 to 46 percent. 24 of Butler’s points came from in the paint.

In a third quarter which featured six lead changes, Marquette outscored Butler 21-18, going on a 12-5 scoring run to end the frame with a four-point lead.

The Bulldogs outscored the Golden Eagles 9-5 in the early minutes of the fourth quarter, and the two teams found themselves tied with just under five minutes to play. But Marquette then went on a 14-0 scoring run in the final minutes of the game, securing the victory and preventing a Butler upset.

For the game, Marquette outshot Butler from the field 46 to 44 percent. Both teams shot roughly 33 percent from beyond the arc, but the Golden Eagles converted 10 3-pointers, compared to 4 from the Bulldogs.

Butler out-rebounded Marquette 39-29, but committed 17 turnovers which resulted in 22 points for the Golden Eagles.

“I thought we gave ourselves an opportunity against a very good ballclub in Marquette,” head coach Kurt Godlevske said in Butler’s postgame press conference. “[I] couldn’t be prouder of how our girls stuck with our game plan of really protecting the paint and making Marquette really work for everything that they got.”

Butler finished the season with a 15-17 overall record, including a 6-12 conference mark, a significant improvement from their 6-25 record and 2-16 conference mark a season ago.

“We’ve come a long ways with this program in terms of where we started from,” Godlevske said. “Next year we’re going to have a tremendous amount of depth and a variety of more skilled players. Obviously our future and our goals will be a lot different then they were this year coming in.”

The end of the season means the departures of graduate student guard Iman Lathan, senior forward Kaela Hodges, and senior guard Sydney Buck, who finished her Butler career tied for fourth in program history in made 3-pointers with 177.

Three transfers, forward Naira Caceres, guard Katherine Strong, and center Ashanti Thomas, will be eligible to play next season after sitting out this year. A recruiting class which includes 5-11 forward Ellen Ross of Fort Wayne, Ind. and 5-4 guard Emilia Sexton of Louisville, Ky. will also be joining the program.