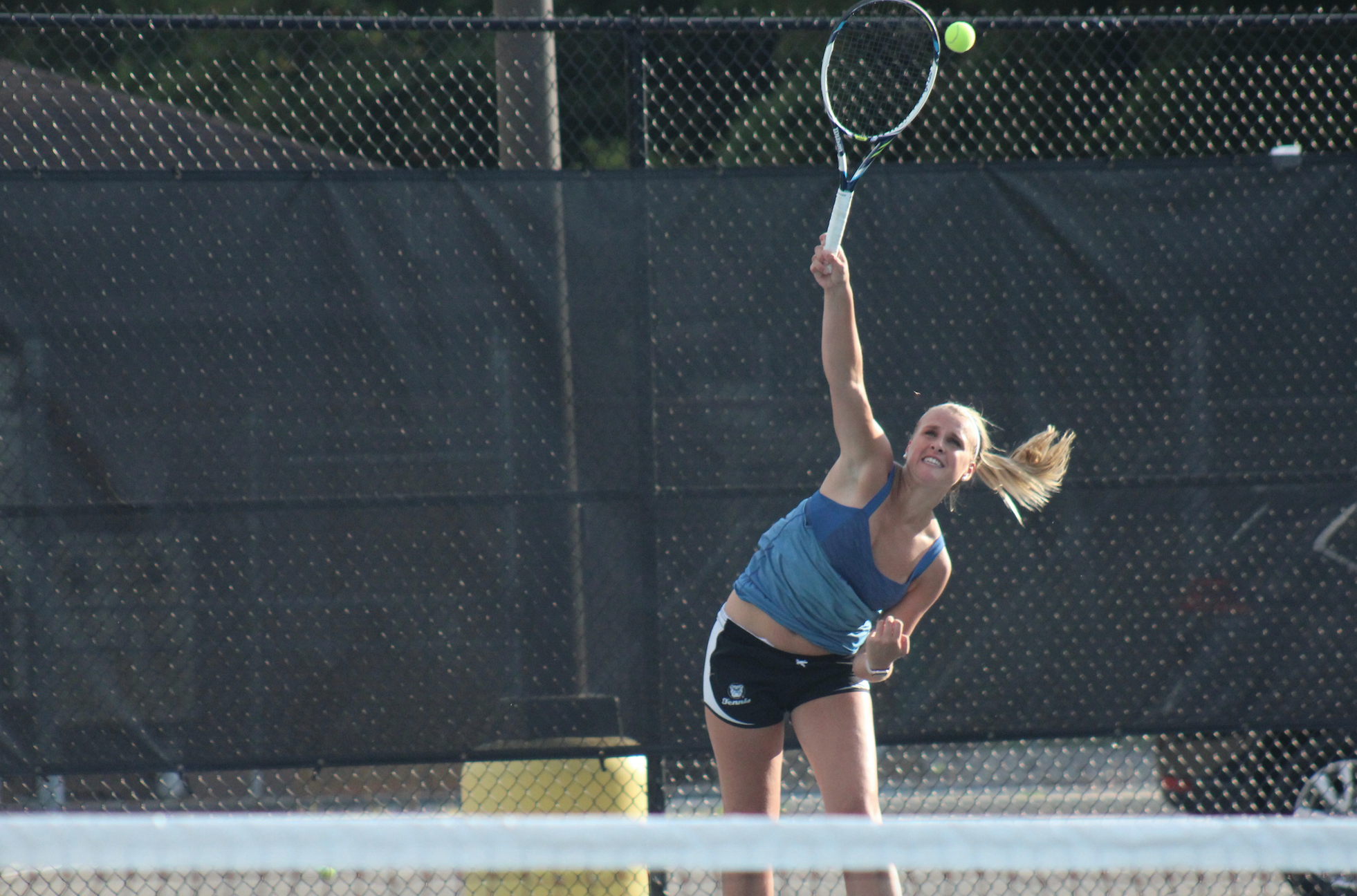 Bailey Padgett serves the ball over. The women’s tennis team are 6-8 on the season after winning against Gustavus Adolphus. Jimmy Lafakis/Collegian file photo.

Butler Women’s Tennis increased their win streak to three on Feb. 25 at home as they defeated Gustavus Adolphus 4-1. The Bulldogs improved to 6-8 on the season.

“I don’t know when the last time we actually won three in a row, so it’s a big achievement and accomplishment and all the girls on the team are really excited about it and it’s keeping them motivated,” said head coach Tayo Bailey.

In doubles, the Gusties defeated the Bulldogs with victories on the first two courts giving them the 1-0 lead.

The Bulldogs rallied to dominate singles play 4-0. At No. 2 and No. 3 singles, Emily Neal and Nina Bertino got straight-set wins. At No. 1 singles, Rachel Sutton won her match to increase Butler’s lead. The fourth and final point came from Lauren Marx at No. 4 singles.

Dawgs win the first set on all four courts. Keep it going! pic.twitter.com/GS5JPyX40i

The Bulldogs will compete next in Akron, Ohio against Oakland on March 3. They are scheduled to play Akron the next day.