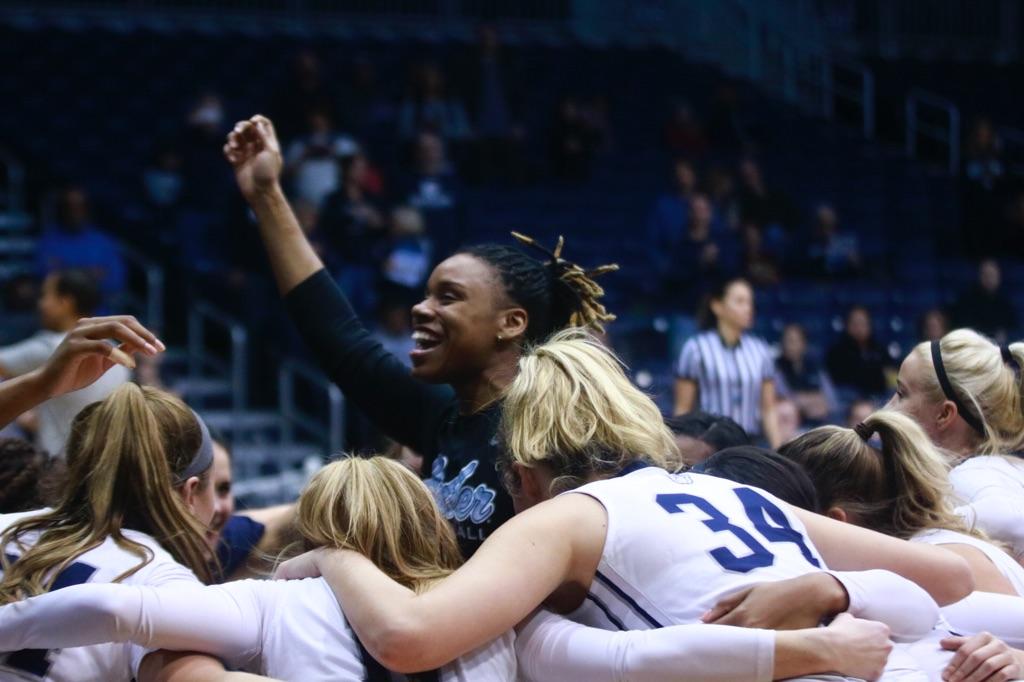 The Bulldogs huddle up before the Marquette game. Butler’s losing streak extended to six games with the loss. Photo courtesy of Jimmy Lafakis.

The Butler University women’s basketball team dropped its sixth consecutive game in a 78-59 home loss to Marquette University on Feb. 11. The Bulldogs fell to 13-14 on the season and 5-10 in conference play with the loss.

After nearly defeating Marquette in the two teams’ previous matchup, Butler got off to a strong start, leading the Golden Eagles 12-4 midway through the first quarter. Marquette was quickly able to get things going offensively, though, bringing Butler’s lead to two points at the end of the first quarter and outscoring the Bulldogs 19-8 in the second quarter to take a nine-point lead into halftime.

Bulldogs off to a hot start, leading the Golden Eagles 12-4 with 5:02 to play in the first quarter. pic.twitter.com/yOwuYMhDXg

Marquette held the lead throughout the third quarter, outscoring Butler 24-16. While the Bulldogs nearly kept pace in scoring in the final ten minutes of play, Marquette was easily able to hold off Butler for the victory.

Junior center Tori Schickel said that despite the team’s efforts, they weren’t able to contain many of Marquette’s top scorers.

“We tried to switch defenses and throw a lot of stuff at them,” Schickel said.” We just have to do a better job really focusing on their best players, and going back to our key fundamental principles on defense.”

For the game, Marquette outshot Butler from the field 48 to 42 percent and from beyond the arc 33 to 24 percent. The Golden Eagles out-rebounded the Bulldogs 44-24, which Weaver said made a major factor in the game.

“They’re just a really strong physical team,” Weaver said. “A lot of their offense comes from second chance points, and that’s where they killed us basically.”

Butler will look to turn things around on the road against Providence College on Feb. 16. The Bulldogs defeated the Friars 68-57 at home back on Jan. 21.