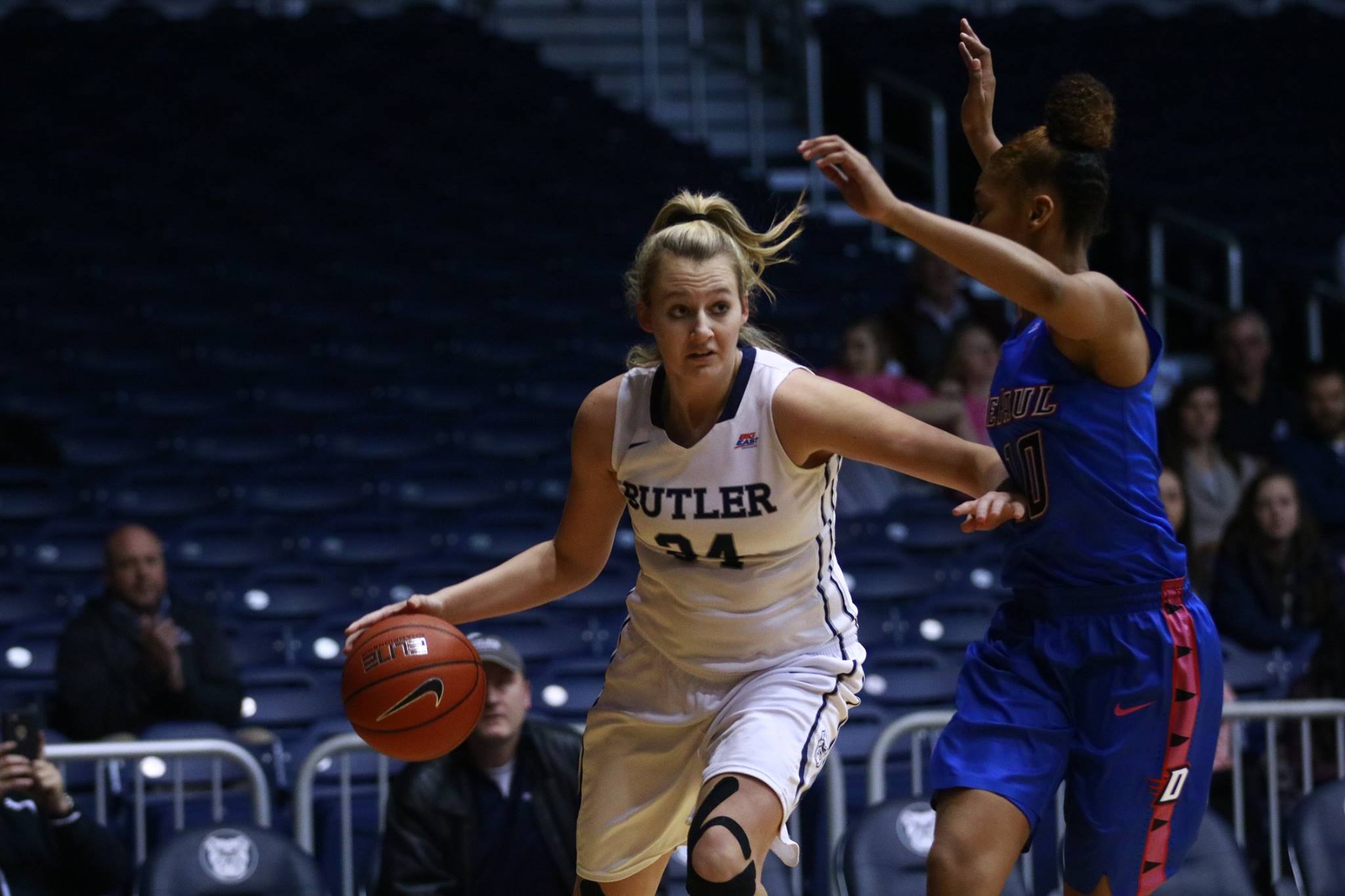 Tori Schickel drives to the basket. The Bulldogs face Providence in the first round of the Big East Tournament on March 3. Collegian file photo.

Despite ending the regular season with a rough stretch of games, the Butler women’s basketball team will have little time to look back in the meantime. Butler, the eight-seed, will take on ninth-seeded Providence College in the first round of the Big East Tournament on March 3 in Chicago.

Advancing to the NCAA Tournament would require a Big East championship, which is still four wins away.

In the two years prior, Butler defeated Xavier University in the first round of the tournament before falling in the quarterfinals both years.

“We’ve been in this position before,” Schickel said. “We’re actually better than what we have been the past couple years.”

We [just need to] focus on what we do specifically good,” Schickel said. “Because you play four games in four days, you don’t have a lot of time to prepare for a team. So it’s more about what you do instead of what the other teams do.”