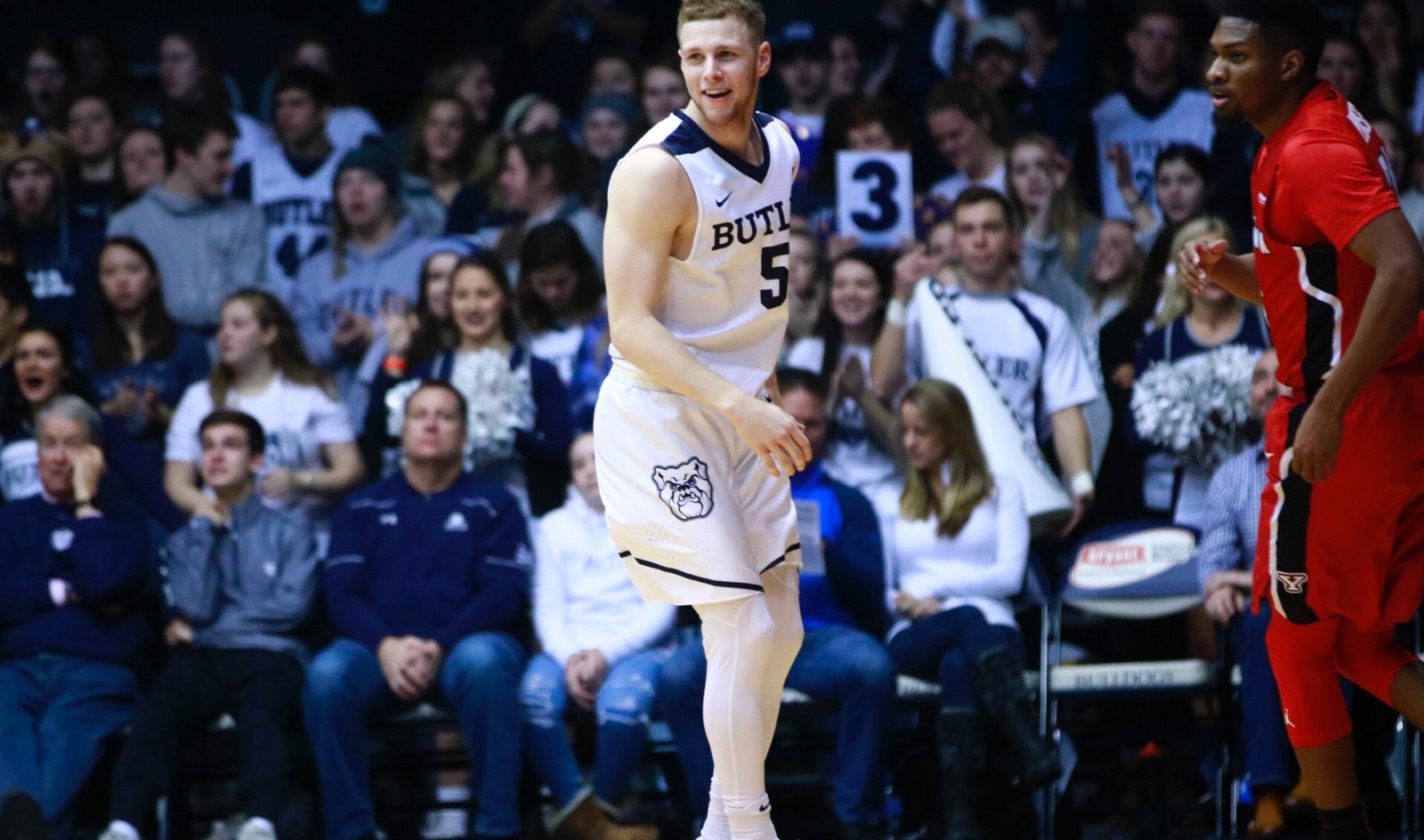 The Butler men’s basketball team closed out their nonconference schedule with a bang, dropping over 100 points on Western Illinois. After struggling in the first half their past two games, the Bulldogs wasted no time getting going in this one. Here are three takeaways from the dominant performance.

1. Butler’s ball movement has been much better the past two games.

Through their first 11 games this season, the Bulldogs averaged under 13 assists per contest. Over the last two games, which included a rough first half against Morehead State, Butler recorded 44. In a related matter, they’ve scored 159 points over their last 60 minutes. Four different Bulldogs recorded at least four assists in this game.

More than just the assists, Butler’s offense looked much smoother when they were moving the ball effectively. They were consistently getting good shots and didn’t have to force anything. The Bulldogs have looked good at times on offense, but never for this long of a stretch. If Butler is going to be near the top of the Big East, they need to continue to play offense the way they have these last two games.

2. The Bulldogs finally got it going from the 3-point line.

The Bulldogs made their first four 3-pointers and never cooled off. Nine minutes into the game, they had already knocked down six. Butler connected on nine of their 16 first half triples and held the Leathernecks without a single make from beyond the arc. When it was all said and done, the Bulldogs had shot 58 percent from three, by far their season high.

For a team that entered the game ranked 286th in the country in 3-point percentage, this shooting performance was a great sign. It also could not have come at a better time with Big East play starting in less than a week. If Butler can become even an average 3-point shooting team, opponents will have to guard them differently. There will be more driving lanes for Kamar Baldwin, Aaron Thompson, and Kelan Martin, too.

With this win, the Bulldogs finish the nonconference portion of their schedule at 10-3 and all three losses came at the hands of potential NCAA tournament teams. Butler also added a couple quality wins over Ohio State and Utah. Just as importantly, they got through nonconference play without a bad loss. If the season were to end today, Butler would be on the bubble for an NCAA tournament berth.

With the strength of the Big East this season, Butler will have plenty of chances to add even more quality wins to their resume. They are right on track and just need to win the games they should in conference play.  A 9-9 record in the Big East and a win in the conference tournament should ensure the Bulldogs hear their name called on selection Sunday.