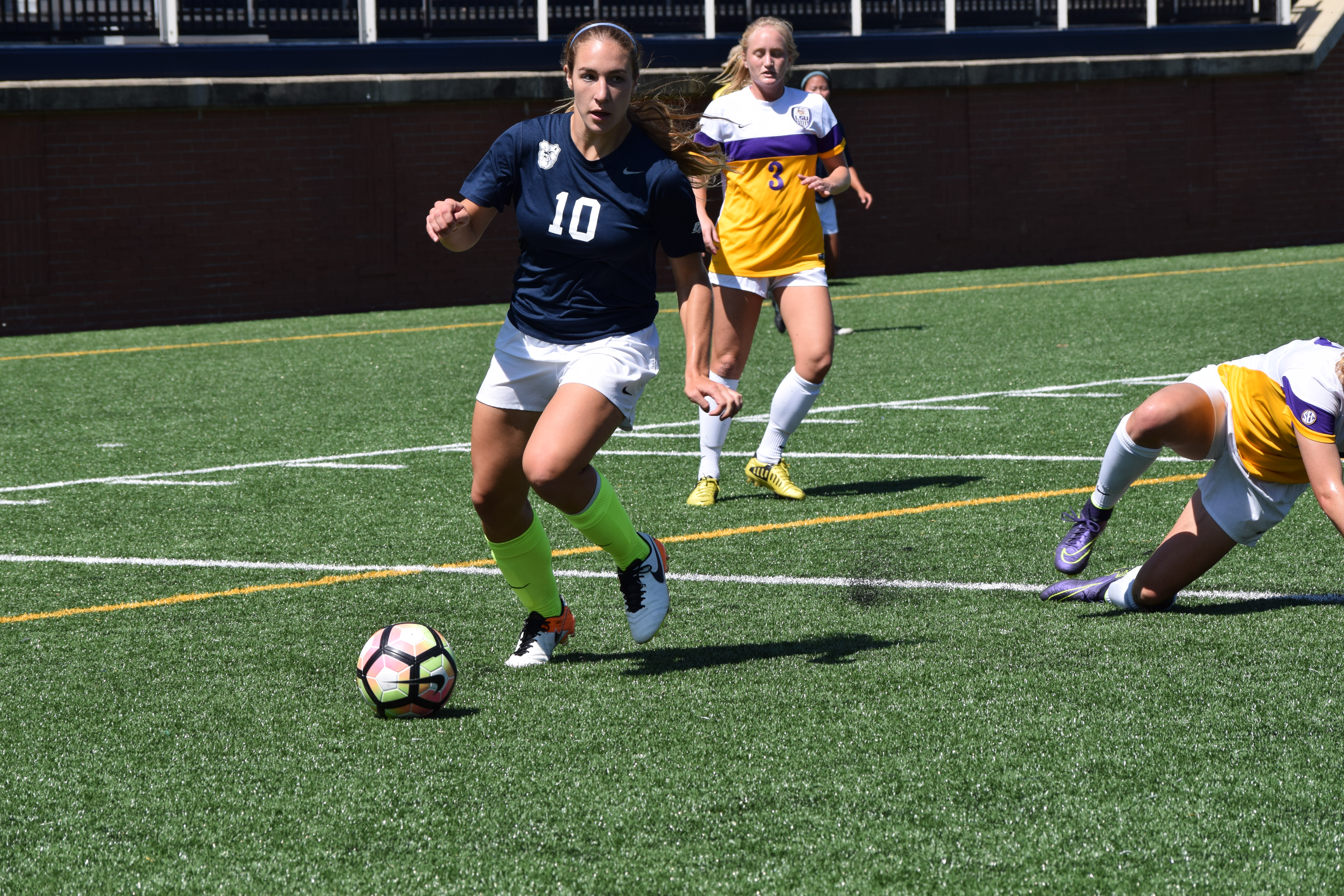 Sophomore Breann Pempek dribbles the ball during a game. Photo by Ritz Davison.

In their third game in five days, the Butler women’s soccer team earned a 3-0 victory over the IUPUI Jaguars at the Butler Bowl.

Butler took an early lead in the 13th minute when senior midfielder Serina Kashimoto scored her sixth goal of the season.

Striking next for the Bulldogs was sophomore midfielder Gabrielle Lemkuil, who picked up her first goal of the season in a double assist from Kashimoto and sophomore forward Jamison Midgley.

After a scoreless 10 months, sophomore forward Halle Stelbasky picked up her second goal in two games and gave the Bulldogs a 3-0 lead heading into the half.

Sophomore goalkeeper Hannah Luedtke registered one save on three shots in the first half. Junior goalkeeper Madison Card continued the shutout for the Bulldogs in the second half.

The Big East named Luedtke Goalkeeper of the Week, giving up no goals in the past three games. The conference also named redshirt freshman defender Kyra Cooke Defensive Player of the Week.

“Hannah’s been great. She had a rough go in her first year with some injuries and everything,” co-head coach Tari St. John said. “She’s just come out and pretty much owned that position for us. Her work rate in practice has been phenomenal and she’s been really solid – this is three shutouts in a row for us here. I can’t say enough about her.”

The Bulldogs will hit the road on Sept. 18, taking on the Purple Aces of Evansville, looking to improve their 6-2-1 record.