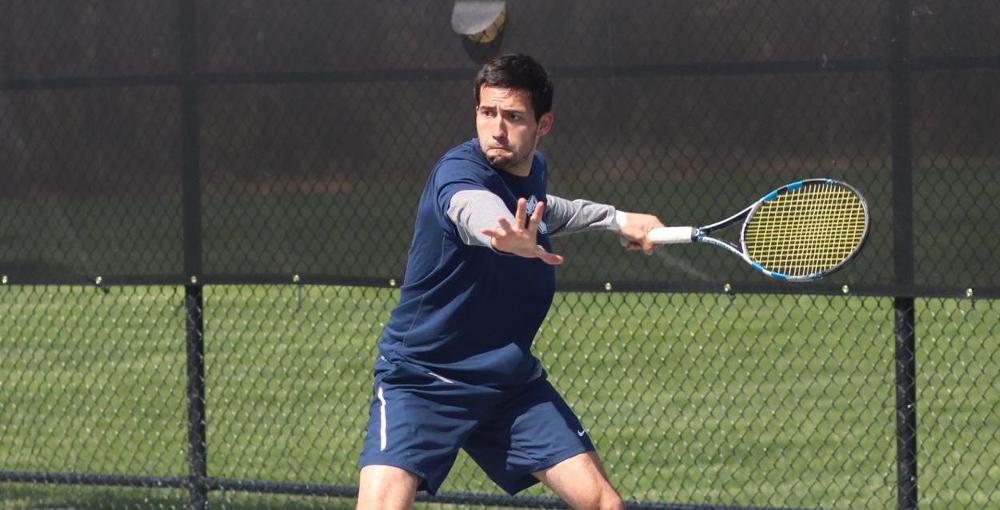 The Butler men’s tennis team captured their first sweep of the season on March 20. The Bulldogs defeated the Rose-Hulman Fightin’ Engineers 7-0 in the year’s first outdoor match.

Butler seized the doubles point to begin the match. Freshman Mason Dragos and junior Mikheil Khmiadashvili won 6-2 at No. 1 doubles, freshman Ari Gerstein and junior Alex Woldmoe took a 6-0 victory at No. 2 doubles and the freshman duo of Temilope Adelakun and Spencer Lang rounded out the competition with a 6-2 win at No. 3 doubles.

Adelakun, who played in his first match of the season, felt that the team connected during the match.

“We had great chemistry from the beginning,” he said. “In doubles, we had a lot of energy, and our team chemistry was definitely propelling us forward.”

The Bulldogs also beat the Fightin’ Engineers in singles competition. All singles matches except for Lang at No. 4 and Woldmoe at No. 5 were decided in two sets.

Khmiadashvili believes this match will give the team a boost going forward.

“This is a good confidence-booster for us,” he said. “We will continue to be positive and carry that into our next matches. Because we got the sweep, this match will help us build our momentum.”

Playing outdoors provided a new challenge for the players. Gerstein found creative ways to adjust to the conditions.

“It was definitely tricky with the wind and cool temperature,” he said. “Because I have a lot of variety in my game, I can use slice [shots] and I can come to the net.

The Bulldogs will return to action on March 26. Butler will face the Case Western Reserve Spartans at 2 p.m., and then they travel to the West Indy Racquet Club to face the IUPUI Jaguars at 6 p.m.

Adrian Mag and Andres Maynez did not compete during the event.