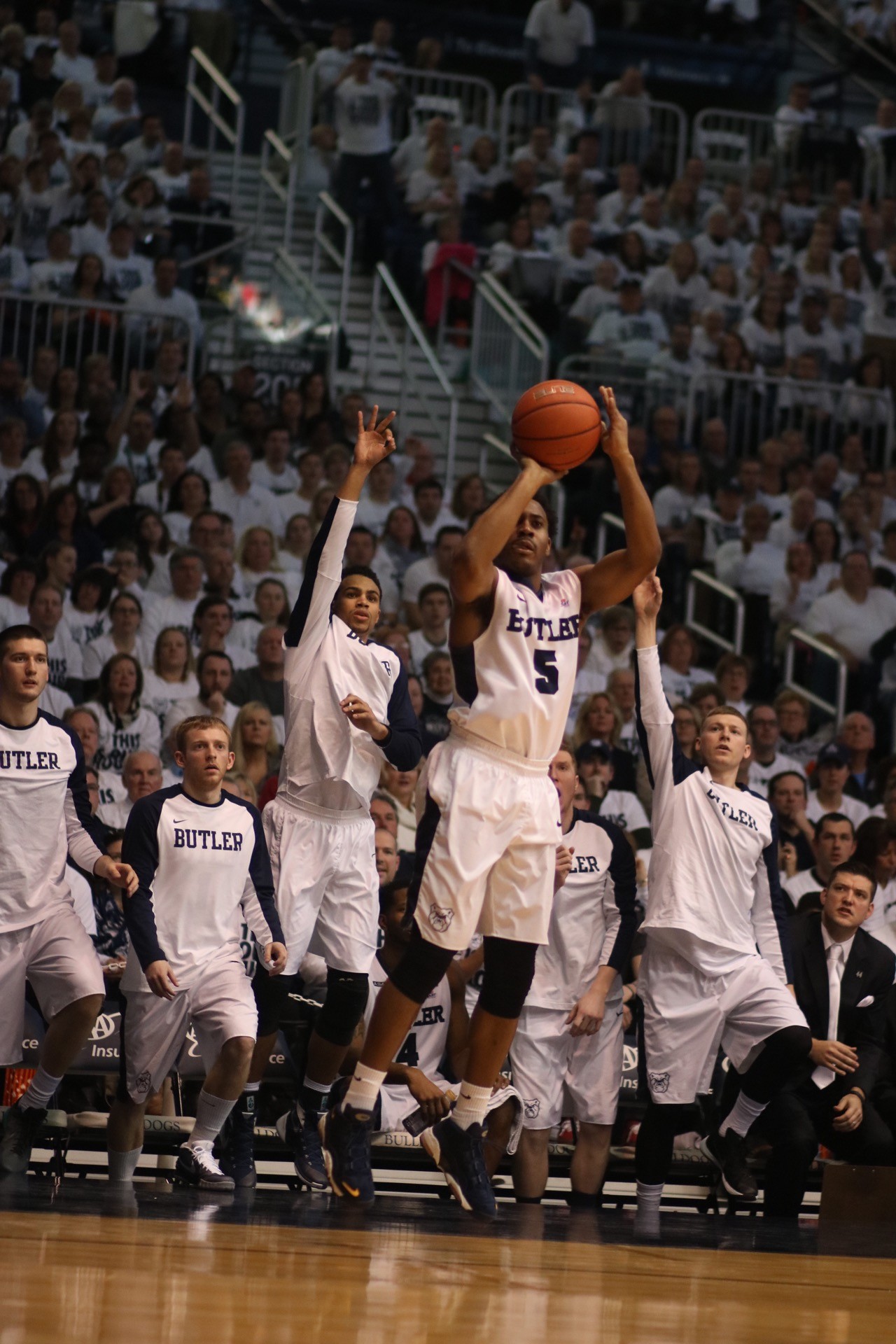 The Butler University men’s basketball team survived a late surge by Seton Hall University to win by a score of 85-78. Butler improves to 20-9 overall and 9-8 in the Big East. Seton Hall falls to 21-8 on the season and 11-6 in conference play.

Kellen Dunham led the way for Butler with 22 points and two assists. Roosevelt Jones also contributed 20 points, 16 of which came in the second half, along with five rebounds and five assists. Kelan Martin also chipped in 13 points and nine rebounds.

“I wouldn’t want the ball in anyone else’s hands,” head coach Chris Holtmann said about Dunham and Jones. “Rose has won a lot of games at the free throw line for us this year. He has a big time heart. They both do. Our seniors carried us in this one.”

After the first half was solely dominated by Butler with a 43-28 lead at the break, Seton Hall began slowly chipping away during the second half, including a 12-0 run with 13:42 to play and to get within five points of Butler. Butler’s lead got down to as little as two points late in the game.

The Bulldogs would go on to make eight of 10 free throws in the final 1:32 to secure the victory. Butler shot 51 percent from the field to go along with making 25 of 32 from the free throw line.

One more game left in front of the greatest fans and arena in the country!! #ThankYou

The Bulldogs will be back in action on March 5 at home for their final regular season game against Marquette University. This game is also Senior Day for Dunham, Jones, Austin Etherington and Jordan Gathers and will include a postgame ceremony. Tip is scheduled for 2:30 p.m. ET and will air on Fox Sports Network.