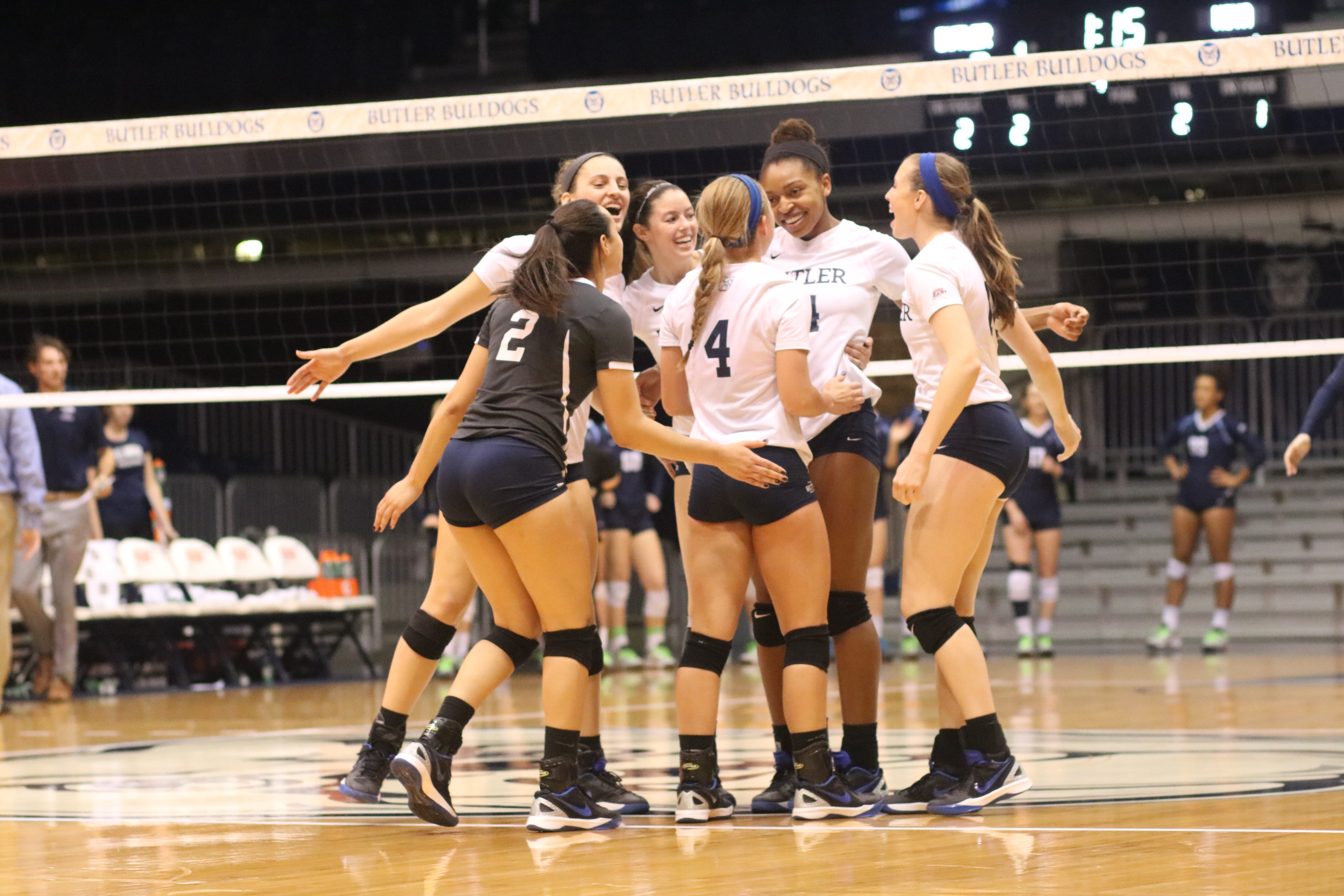 A standout performance from freshman Anna Logan was not enough on Sunday, as Butler fell to Creighton in three sets. Logan posted a double-double with 10 kills and 11 digs.

The first set of the match was the most competitive, as Big East champion Creighton stole a 26-24 decision. The Bluejays then used stellar serving to glide to 25-14, 25-18 victories in the final two sets. Though the Bulldogs fell to 11-18 (7-9 Big East), sophomore Makayla Ferguson said they will take positives from the loss.

“We blocked really well and passed in system for most of the match,” she said. “We were very scrappy and relentless on defense, which helped us keep the rallies going.”

The ‘Dawgs will conclude their season with two home matches at historic Hinkle Fieldhouse this weekend. They will square off against the Marquette Golden Eagles on Friday and the DePaul Blue Demons on Saturday..

The match against DePaul will be accompanied by senior night festivities, and Head Coach Sharon Clark said she hopes that the team performs well in those players final matches.

“This week, we will focus on terminating and doing better offensively,” she said. “We hope to have a great weekend for our seniors.”

The Golden Eagles have clinched a postseason berth and stand at 20-9 (11-5 Big East). The Blue Demons stand at 16-13 (4-12 Big East) and have been eliminated from postseason contention.

“We are going to focus on how to keep improving, even in our last weekend of games,” Ferguson said. “We [want] to find a way to compete while having fun at the same time.”