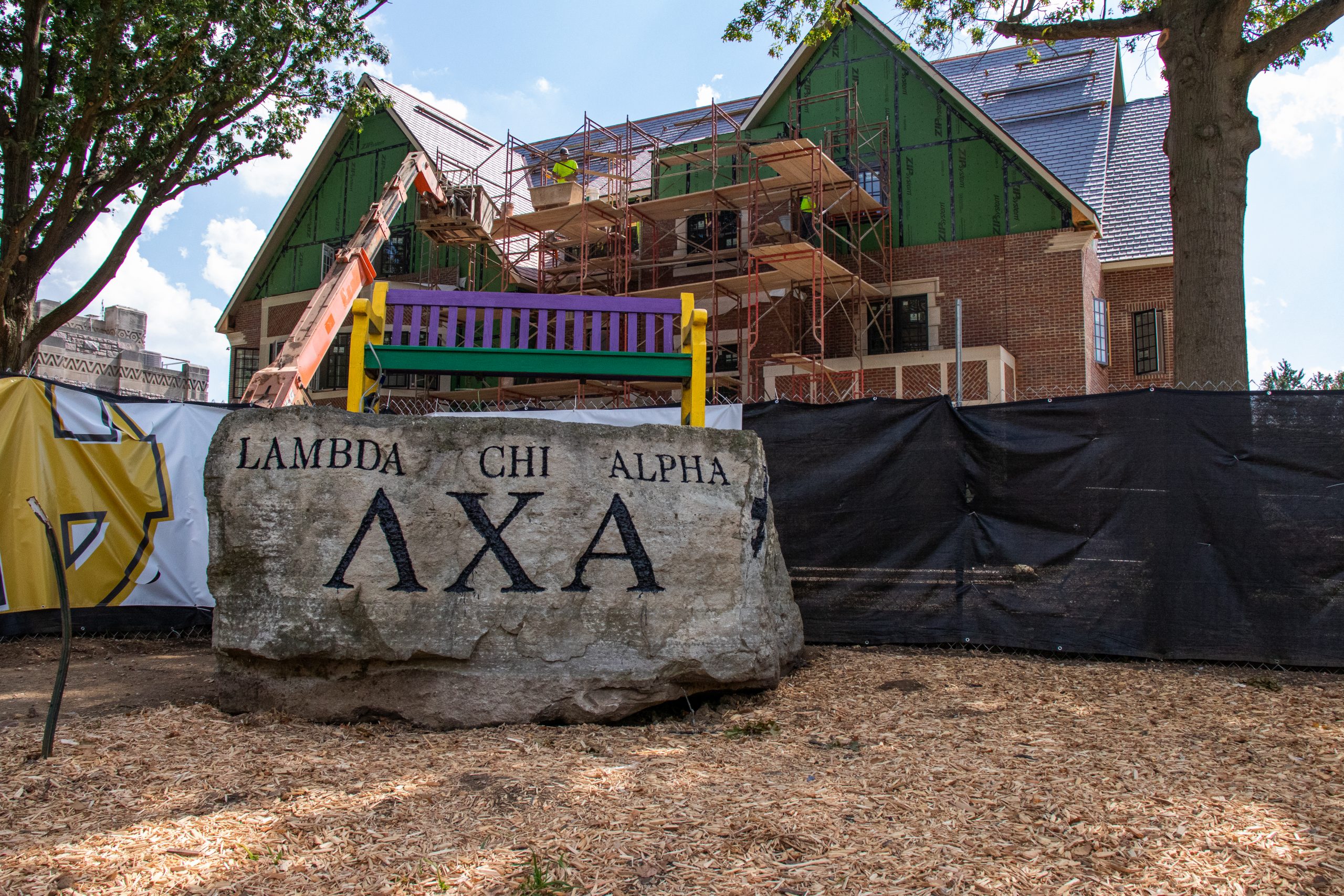 Disclaimer: Some links within the article contain descriptions of sexual violence.

Lambda Chi Alpha, like many fraternities at Butler, has spent time either on probation or suspended from campus. After being removed from campus in 2016 and working for the past two years to reestablish itself, Lambda Chi Alpha is finally finishing up construction of their new house, providing a more permanent spot on campus. Generally, alumni from Greek life are welcomed back on campus with open arms, but one has to wonder: should those who were active members of Lambda at the time of its removal be allowed to return?

The official reason why Lambda was kicked off campus was that they violated the terms of their probation, leading to their national chapter removing them from Butler’s campus. However, the primary reason for their removal was due to sexual assault allegations. Those who were directly involved in these allegations and infractions are no longer members of or associated with Lambda Chi Alpha. However, active members not directly involved with the incident maintained their affiliation and are now considered alumni.

Four semesters later, the chapter is almost ready to move into their new house.

Something that was an immediate concern and bothered me from day one was how the rebranded fraternity would handle alumni relations. Lambda’s relationship with alumni that were actively part of the fraternity when they were forced to leave is extremely concerning.

When it comes to welcoming back alumni, fraternities — such as Lambda — that have a history of alleged sexual assault should be extremely cautious of how problematic maintaining relationships with certain alumni can be.

The alumni being invited back to these events were not directly involved in the violent incidents and infractions that led to the removal of the chapter from Butler’s campus. But who’s to say that the alumni that were active brothers during that time were not complicit in the culture of violence? Were they not all enabling the perpetrators in their violent acts?

Vicki Turner, senior theatre major, is close friends with a lot of the brothers in Lambda. While she understands that some of the younger alumni are problematic, she still thinks that Lambda should be able to have older alumni attend their events and support the fraternity.

“I do know some of the older alumni that weren’t really a part of [the alleged sexual violence] are really good connections for them, so I feel like if there was a way for them to separate which alumni could come back that would be most beneficial,” Turner said. “Some of the older alumni and stuff are a big reason why they’re succeeding on campus with the house and everything, so I think it is important for them to be able to be connected with their alumni, maybe not the recent alumni but definitely the older alumni.”

“I think it’s a little weird at best, very reckless at worst,” Irpino said. “I don’t think old members of the frat should be participating in the ‘new’ version of the frat. They’ve graduated and their time in a frat is over. I know alumni are still included in the frat ‘family,’ but knowing the past of Lambda, I think it’s just really weird that alumni still want to be associated with Lambda, much less represent them at homecoming or other university events.”

Those individuals — who were directly involved with the infractions — do not receive invitations to attend Lambda Chi Alpha events. However, the issue remains that all brothers who were active at the time of the incident were complicit in the infractions. Those alumni are still considered members and receive invitations to Lambda events, including the announcement of the new house.

Malcolm Sullivan, senior finance and healthcare management major, is the alumni chair of Lambda Chi. With the addition of the new house and the alumni that have visited it, Sullivan emphasized the importance of acknowledging the fraternity’s past and using it as a reminder for their future.

“We were around for over a hundred years and then we had to close for a couple years and although it’s not our proudest moment, it’s a part of our history,” Sullivan said. “We think it’s important to always keep that in the back of our minds that as good as things can be going at any moment, things can start to slip and then everything collapses. So we are always mindful of that when we choose who we want to be a part of this. A couple guys really ruined years and years of hard work.”

While Lambda may be the focus of this article, by no means are they the only fraternity on campus that has left and returned under circumstances that inflicted harm upon the student body. Every fraternity on Butler’s campus has been suspended at least once except for Sigma Chi. Of those, Lambda is the fourth fraternity to return to campus. Additionally, only one of the suspended fraternities has yet to return to Butler.

The line of questioning directed towards Lambda and how they associate with alumni should also be extended to any other Greek organizations that experienced similar events. Greek organizations need to make sure their spaces are safe for all their members and other students.