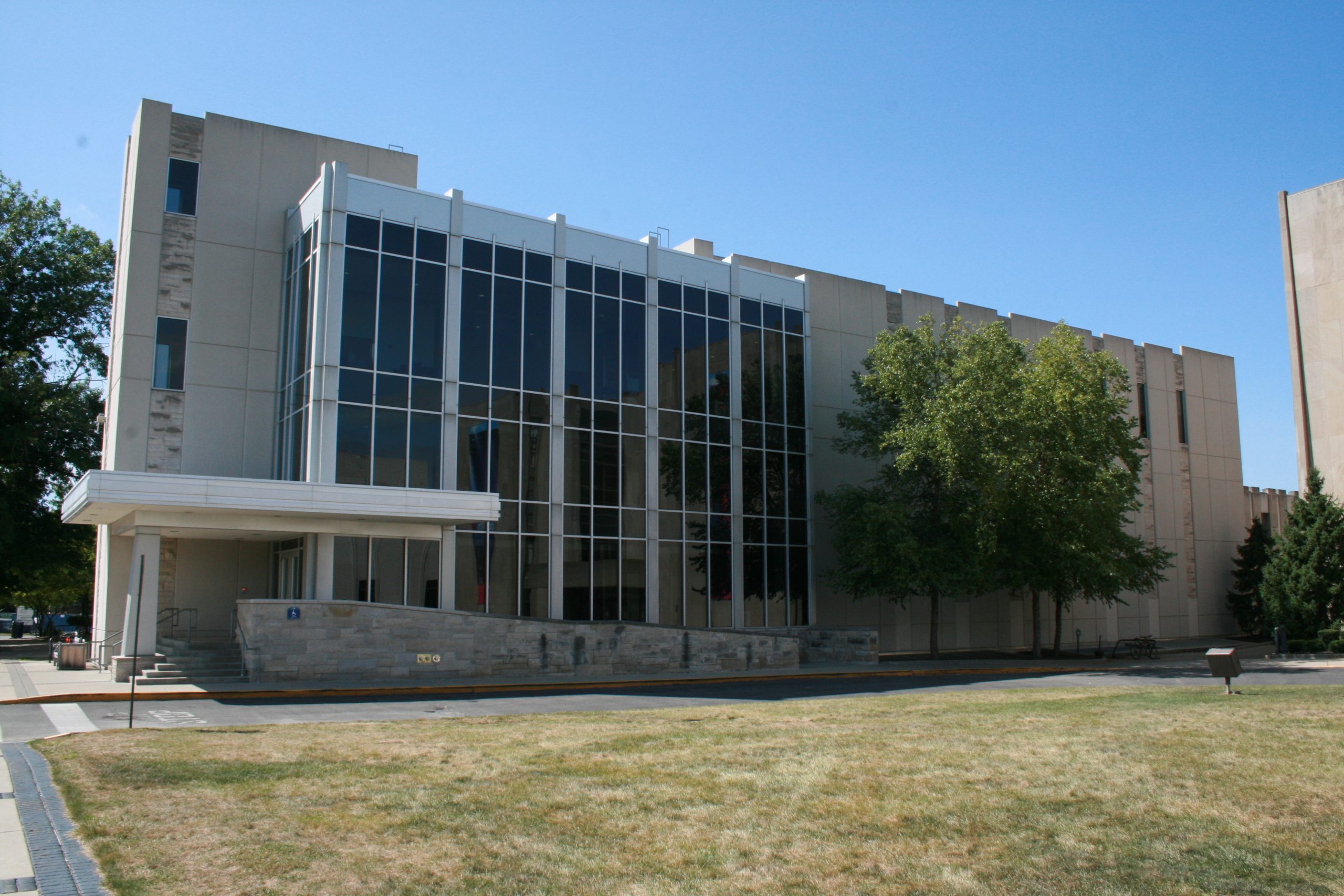 Jordan College of the Arts courses are taught in Lilly Hall, and this year the college is implementing new health precautions. Collegian File Photo.

The Butler Collegian will continue to update the story as more information becomes available.

On July 29, Jordan College of the Arts sent out an email releasing information regarding new protocols for large ensembles. The protocols for rehearsal and individual practice were officially updated in a series of emails sent on Aug. 13, Aug.17 and Aug. 20.

Large ensembles will still be split up into multiple groups to maintain social distancing and safety for students and faculty, and it has been recently announced that Butler Symphony Orchestra will only allow strings to play this semester.

This decision has been made by JCA based on a multi-stage study that has been conducted by the University of Colorado at Boulder over the past several months, as well as various other studies. The study done by the University of Colorado at Boulder focused on the distance that aerosols are released into the air, and what can be done to reduce the spread of germs that may cause.

David Murray, director of the school of music and professor of bass, said that these studies have been what the department has turned to when trying to investigate the safest way for students and faculty to continue making music.

Murray and other JCA staff received comments and concerns in a survey sent out to students surrounding their fear of large ensembles, and worked to find safer alternatives.

Richard Clark, director of the BSO, and Murray believe that further reducing the size of the ensemble would increase safety for both students and faculty.

“We should just do strings, because strings do not produce the same amount of aerosols to play the instruments that you would have with winds and brass,” Murray said.

Murray said that a majority of the questions that were received from students in the survey were related to the concerns of string players playing in an ensemble in close proximity to wind players.

Some JCA students have been complaining about the lack of communication from the department. Audrey Freeman, a senior arts administration major and french horn player, explains that she never directly heard from the college concerning the changes in BSO until a couple of days after it was announced.

“I found out through one of my friends — actually one of my roommates — because apparently they only emailed a portion of the music school,” Freeman said. “So they didn’t inform everyone at once, they only informed all of the string players first and then I was informed a couple of days later.”

Freeman believes that it was not fair for these changes to be made without her opinion or consent being taken into account. According to Freeman, a big part of being in a music school is the ability to perform and be a part of an ensemble.

“If I am paying someone to have that experience, then why am I even going to a school?” Freeman said. “One of the spotlights of the music school is having that experience and then just having them take it away for no reason other than a couple of people were concerned; it doesn’t make any sense for me.”

While Freeman is upset with the communication between the faculty and students, Walker Demel, a member of the Butler Chorale, believes that the JCA faculty will be the real heroes who allow students to feel safe.

“I was really impressed with JCA when we had to go online this past semester,” Demel, a senior computer science and math and piano performance double major, said. “The classes I had that were shifted online were some among those that were the most organized and the most well-suited for remote instruction.”

Demel is concerned, however, about being in Lily Hall; reed and brass instrumentalists will be required to have a slit in their mask to play through, meaning many of the students will be wearing compromised masks in order to play.

“I think that Lilly Hall is going to be a very high-risk space on campus,” Demel said. “I read a Harvard study that the virus can survive up to three hours in airborne form, so you have someone playing an instrument, even though they are six feet away from it, that easily drifts over to someone else.”

To accommodate the rehearsal of choirs, all practices will be held in various spots outside around campus. This is being done to help minimize the number of aerosols that are produced when singing. Demel is excited to have a class outside and believes that it will be the safest way for choir students to practice.

“We will be rehearsing in small groups with masks facing into the wind,” Demel said. “I think choirs are probably some of the best prepared when it comes to safe practice.”

Freeman believes that the more that the progressing semester will cause a lot of confusion and worry for students, specifically any new changes or protocols that the university implements at the last minute.

“The one thing that I know is as long as people follow the guidelines, everything will work out,” Freeman said. “I think the plans that they have set in are fine, but I think when they add more and more without preparing us for it without a decent amount of time in between, I feel like it’s just gonna be a mess and fall through.”

The JCA protocols are as ever-changing as the pandemic. The department will be monitoring any new information that is released regarding the safety of being a musician during a pandemic.

Jordan College of the Arts has always fostered collegiate talent, but this year new health and safety protocols will redirect the flow of the ever-present potential.

Butler University’s School of Music recently sent out an email to all of its students outlining these new requirements and protocols. It mainly focuses on large ensemble rehearsals, music performances and adherence to COVID-19 safety guidelines while providing students with the ability to do what they love — make music.

Some of the new health and safety guidelines include virtual performances, smaller ensemble groups and increased personal health precautions.

Lisa Brooks, dean of JCA and violin professor, has been closely monitoring various national studies on how to safely open in all areas of the arts.

“The entire college has been involved in this on-going decision process, specifically the department chairs, one of which is music, as well as staff who are engaged in specialized education,” Brooks said.

On July 28, the University of Colorado at Boulder released a study focused on brass instruments and woodwinds. They studied the distance that aerosols are released into the air and what can be done to minimize that, as well as what can be done to decrease the danger of spreading germs.

“What we know from the study is that with social distancing and the use of masks, the recommendation is brass and woodwind players use a mask with a slit cut in for insertion of the mouthpiece or reed and that will, in fact, mitigate some of the aerosols that are released from around the reed,” Brooks said.

The study that, should the department implement proper social distancing, reducing the size of large ensembles, and decreased duration of rehearsals, students and faculty should be safe.According to Brooks, students will mostly be rehearsing in Schrott Center for the Arts for no more than 35 minutes at a time with breaks in between each session.

Tom Pieciak, a senior jazz studies major, said it was nice to see the college put these protocols in place, but he’s uncertain how viable they will be.

“It really boiled down to ‘I wonder how doable this is as a long term plan for this semester,” Pieciak said. “I think the protocols themselves are easy enough to put into action, but I’m not sure how sustainable they are, and that’s by no fault of anybody. I think that’s just the nature of the situation we are given that’s gonna make those protocols pretty difficult to keep to.”

Adapting to new protocols will be a learning curve for both faculty and students as following safety guidelines becomes the new normal. Brooks said students and faculty are expected to do their part, meaning following the protocols and sanitizing their spaces between classes and rehearsals. Recently JCA hosted various summer camps, which served as a trial run for the new protocols.

“In the month of July we did run a live one-week string camp with 38 commuter students and eight Butler students, as well two Butler faculty, and we also had four weeks of a dance camp,” Brooks said. “We kinda took that to evaluate how the semester is going to work and it went great, everyone wiping down their station and following protocol. It made me really hopeful that if we all do our part in this, then I think we are going to be okay.”

JCA students are used to performing in front of live audiences, but this year, all concerts and performances will be live-streamed and available online for viewing. Pieciak says it will be a surreal experience to not hear an audience applaud after a performance.

“Just from experience, and I know everybody that has performed on stage, it is rewarding to see the audience get up on their feet and give you a nice round of applause for all the hard work that we have put in,” Pieciak said. “It’s a gratifying moment to finish a concert and to come to that big crescendo right at the end and to get to the end of all that just to be silence.”

In the email that the School of Music sent out to students, it states that the ensembles will be broken into smaller groups to minimize the number of students in a space at one time. While students are used to being in ensembles with up to 60 members, they will now be in groups of as few as four players.

Sara Austin, a sophomore music education major, plays the double bass in the Butler Symphony Orchestra, and is concerned about what the sudden size constraints will mean for her performance experience.

“I know I’m nervous I’m not going to fully understand what’s going on or I’ll miss something important,” Austin said. “We are gonna have freshmen next year who are not gonna be used to this, but then again, this isn’t even normal for the rest of the Butler music community.”

JCA is also working to make all classes for first-year students face-to-face. Some professors have chosen to teach remotely due to their own personal health, but according to Brooks, in that case first-year students will still meet face-to-face in a classroom with an upperclassman or another faculty member to help facilitate that class.

“Yeah it’s gonna be different, but I just think those first-year students are going to appreciate the notion of even just working with a faculty member playing their part,” Brooks said. “So I think for first-year students, if we have done our job well, they should still have a pretty robust experience.”

If students and faculty do their part — not just in JCA, but throughout the whole Butler community — then campus can remain a safe learning environment for all.