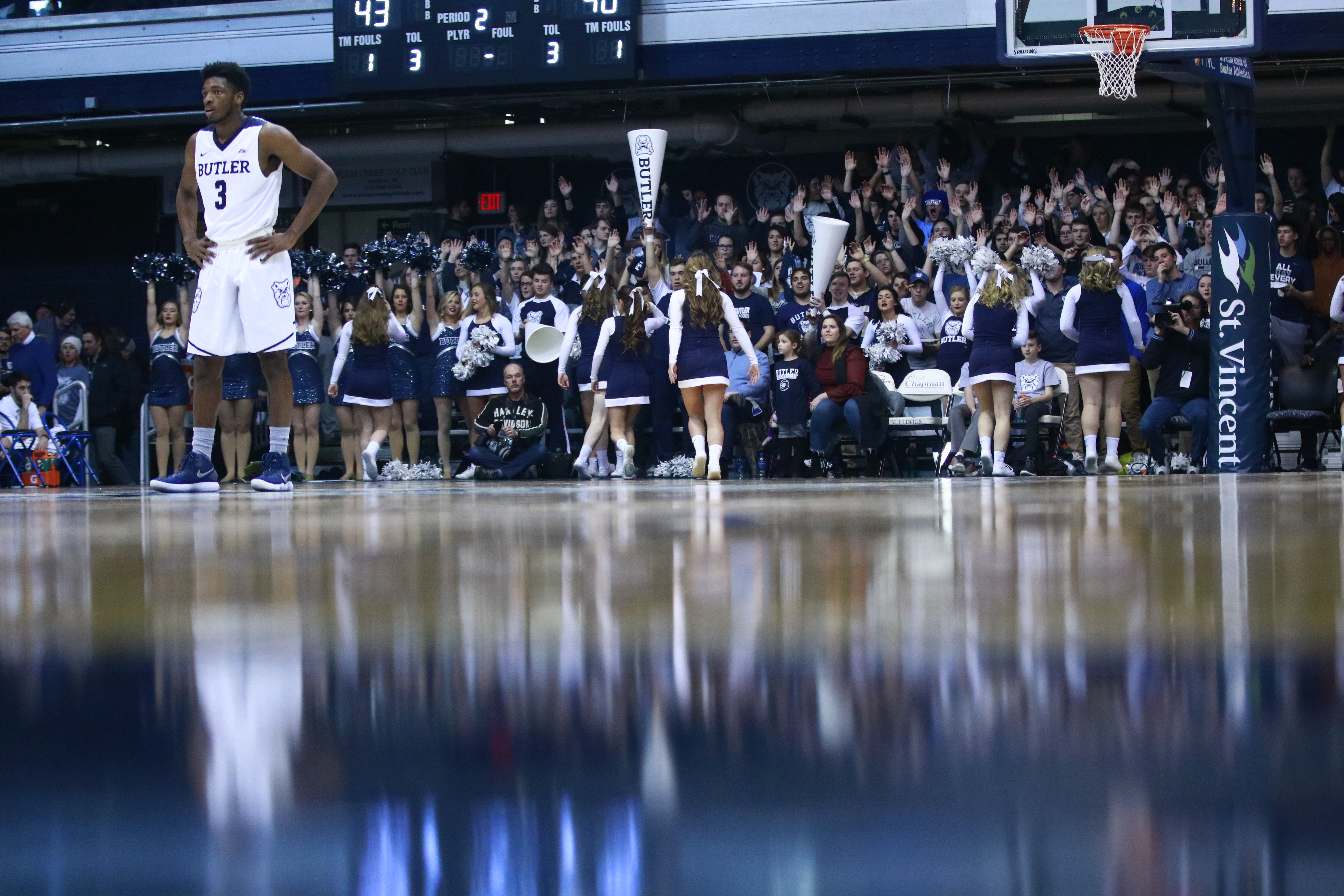 As a Butler student, we hear it once a day. It’s referred to in passing or directly quoted by that weird Spanish professor that lives and dies by verb conjugations, and also by Butler basketball.

It’s plastered on the walls of Hinkle Fieldhouse, just past the women’s basketball office and tweeted out by prominent college basketball sports writers after every Butler win.

“The Butler Way demands commitment, denies selfishness and accepts reality, yet seeks improvement every day while putting the team above self.”

I really want to believe in it the same way all of these people do. But after the last round of the coaching carousel, I just can’t anymore.

Is it sacreligious to say that? Should I drop out? Transfer to a different school with lower values?

Honestly, if you are still reading this and not sliding into my Twitter mentions or the comments with hate messages, let me tell you why.

“Demands commitment, denies selfishness.” How can a coach demand both commitment and unselfishness from his players, but turn around and leave that exact team?

At least Brad Stevens did it in absolute style. No one was docking him for taking an NBA coaching gig over staying with us. He’s not what led me here.

Neither was Brandon Miller, for that matter. Personal reasons took him from the university, and everyone has hoped for his ultimate well-being since then.

Oh no, our favorite ex-coach Chris Holtmann is what started my downward spiral. You remember him, tweeting about Team 120 just before deciding to cash out for Columbus, Ohio.

He arguably brought The Butler Way back into the foreground of the basketball team’s core values when he took over. Everything was for and about the team. T-shirts with the word “Family” on them were worn by players and fans alike; I even have one too.

But how can I continue to believe in something so central to Holtmann and the team when he was willing enough to leave? That certainly means it didn’t mean that much to him, right? Or at least, not enough to be the center of everything the Butler basketball team is about?

I hope this really is LaVall Jordan’s coaching destination; this is the final stop in his career. I don’t want to spend another summer break writing about a coaching change.

History is doomed to repeat itself, and we will continue to use The Butler Way as an excuse to say everything will be OK when our hearts are broken again.

I can’t be so naive as to say that The Butler Way is a state of being and a state of mind. Apparently anyone can come into the program and learn to embody that state.

Butler basketball is about the team first and foremost. The players are all one unit, one family. We don’t have a star. We have players that want the best for each other. No one is out to prove anything to anyone. They just want to win some basketball games.

Being thrust into the national spotlight after winning some games, especially ones over No. 1 ranked teams, does come with its perks. Attracting transfer talent from Duke is one of those perks.

It’s very exciting to gain such a highly-regarded transfer player to a team like ours. Sure, we’ve been to some national championships, but we aren’t one of the blue bloods. He could have gone anywhere in the country, and he chose to come here.

I want to think that he came here for the academics of the university and wanted to be part of The Butler Way and a team that is just like a family.

Or did he just want a team he knew he could be the superstar for?

“Seeks improvement every day while putting the team above self.” The lanky kid from Brownsburg did that. The sharpshooter from Pendleton did that.

Will the new one from New York do the same next season? Or does he just want the team to make him look better? I’m not so sure.

I want to believe in The Butler Way again. I really do. I don’t like being in the minority on things. Everyone that knows me well knows that I would much rather just choose to do whatever everyone else is doing rather than make my own decisions.

But the addition of a self-proclaimed superstar and a statistical probability that another head coach will leave soon doesn’t make me very optimistic.

In the meantime, I’ll be waiting for Coach Jordan to come personally cut up my Dawg Pound membership card.