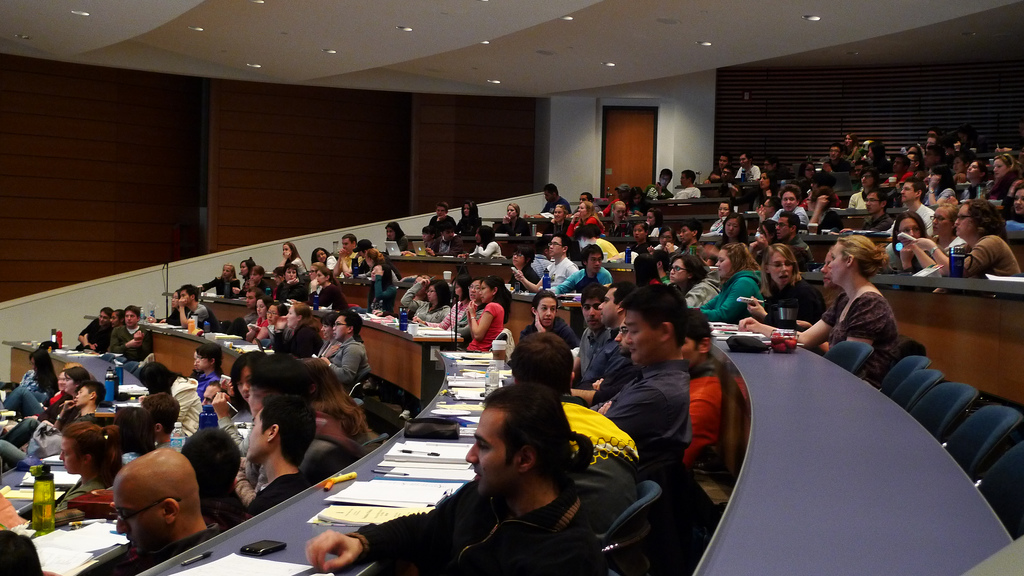 Being a young adult who is a conservative is hard.

Being a young woman who is a conservative is hard.

Being a conservative is hard; being a college student makes it harder.

Sitting in classes where professors berate and demonize your most basic beliefs is hard.

Suddenly, going to class becomes not only unenjoyable, but sickening. There is nothing to do but sit and watch as the rest of the classroom parrots back the words of the professor, seeming not to acknowledge — or simply not care — the blatant bias fed to them.

Speaking up is always an option, until 15 other hands fly up in a furious effort to debate. I use the term “debate” loosely; it always feels like more of an execution.

Taking notes becomes little more than copying down how the instructor feels about the topic at hand and simply resigning to memorize such sentiments for the exam.

Completing a test feels like a betrayal, because for the sake of a grade on a transcript, I know I just signed my name to a packet full of answers and statements I do not believe.

As trivial as it may seem, I find myself praying that 20 years from now, nobody points back at that exam and questions my strength in my morals.

Should I question my strength in my morals?

The first few weeks of this semester had me doing just that. After all, I had barely been at college for a month and was already prepared to abandon my values for the sake of an “A.”

How strong was I really?

It feels like entrapment in a never-ending cycle. The textbook companies publish content that presents one viewpoint as positive and the other as wrong. The professors teach the textbook. The students believe the professor.

For the liberal-minded professor, it is success. For the conservative-minded student, it is nothing short of a nightmare.

It is difficult to offer advice when it comes to making things better for anyone who may feel the same way, mostly because I am still trying to figure it out myself. Despite how often Democratic youth insist the Republican party is made up of nothing but “old, white men,” there are new alternative media outlets making an effort to connect conservative youth.

I find myself looking forward to light homework days, when I can finish some of my most biased classes and find a cozy study spot to watch the newest of Steven Crowder’s “Louder with Crowder” podcasts in its entirety.

Getting a few minutes to read one of the short articles from Future Female Leaders while waiting in the mile-long Starbucks line has become refreshing and much needed.

It is easy to think that nobody believes what I believe, but content creators like Steven Crowder and Future Female Leaders remind me that it is simply not true. It may be far less common to find a young conservative on a liberal arts campus than a young liberal, but there is a growing movement of conservative youth all the same.

I have to remind myself of such every time I struggle to choke down a professor’s assigned reading from a textbook with unbelievably blatant political motives.

What I can offer is that if someone who clicked on this online Collegian article feels isolated in the classroom, I completely understand, and my email is at the top of this column should you need someone to rant to who is not going to scold you for your beliefs.

Because we have all been told, “Republicans are only Republicans because they are uneducated.”

We have all heard, “You cannot be a Republican and a woman.”

Perhaps most importantly, because the words in our textbooks and the lectures in our classrooms scream, “You cannot be a Republican and an educated liberal arts student.”

Prove them wrong, ladies and gentlemen.