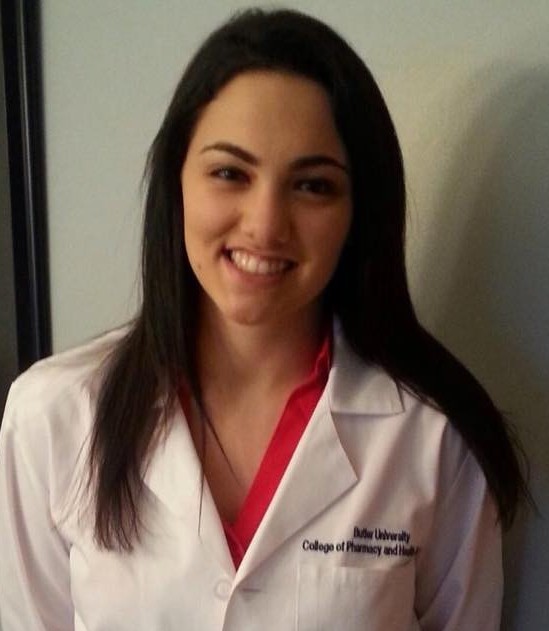 In the midst of the busy lobby office at Schwitzer Hall, Jennifer Clementi, a junior or a P-1, took a deep, tired sigh after a busy week of clusters.

“Clusters happen about three times a semester, which basically is once every month, plus finals at the end,” she said.

But Clusters are not the only thing keeping Clementi on her toes.

She is also a resident assistant in Schwitzer Hall.

The hardest part about being an upper-level pharmacy major and an RA is managing time, she said.

“Clusters are not hard. They are just different than what most people are used to because you do need to study X amount of days in advance and then juggle keeping your personal life in order and staying on top of your non-pharmacy classes.”

Clementi also holds a leadership position in a pharmacy fraternity, spends time with her residents in Schwitzer Hall and works the hall’s front desk.

With long hard hours and copious amounts of work, the pharmacy life is not for everyone, but Clementi said she feels she is in the right place.

To see if pharmacy was the right path for her, Clementi shadowed a pharmacist to get an inside view.

“I really enjoyed the retail setting, but I hope when I’m older to do longer-term health care, either where I visit patients at their homes or make rounds with doctors.”

Clementi said she loves building relationships with her residents and could not have asked for a better unit of girls.

She is also excited about getting to know other pharmacy students.

“I just like the whole atmosphere,” she said. “I will be with them for the next four years, so that is just a really cool aspect.”

Because of small class sizes, she often has courses with familiar faces.

“I have the same classes with the same 144 kids, and I have gotten to know them at a different level,” she said.

The pharmacy major could not be happier to be here at Butler, she said.

“The atmosphere I felt at Butler when I came to visit really made me feel like I was home,” she said. “I got a great first impression here, and it just felt different than other schools I looked at.”

Her advice for potential future pharmacy majors is simple: Find your passion, and enjoy your time.