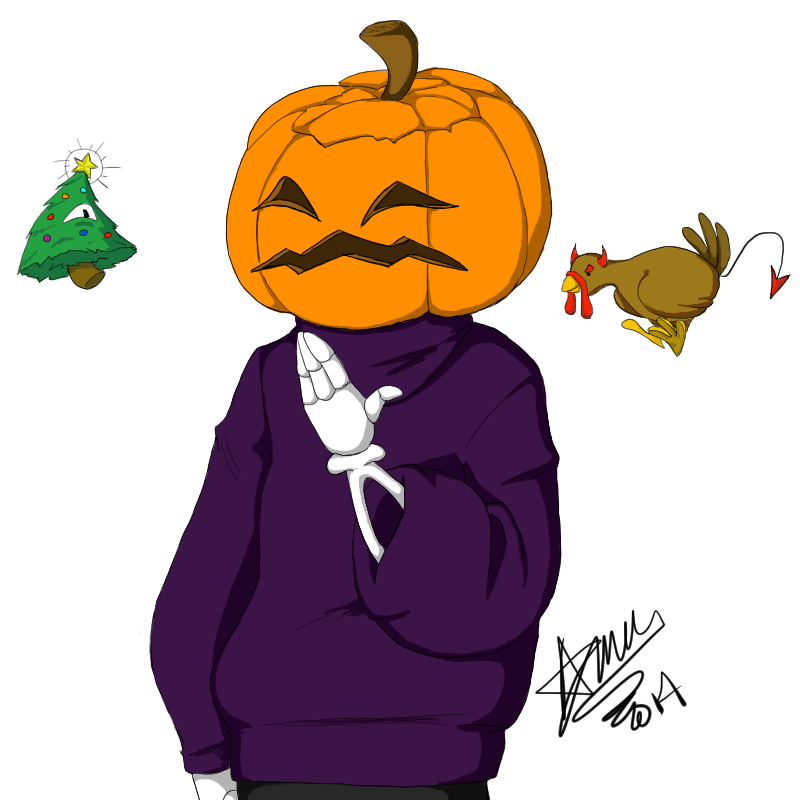 In 2013, there was a 20 percent increase in post-Thanksgiving shoppers from the year before, according to the National Retail Federation.

In the past, businesses waited until around Black Friday to decorate their stores for the holiday season. Now, malls and department stores display artificial Christmas trees, wreaths, inflatable Santas and stockings long before Thanksgiving. In some places these displays are present before Halloween.

A week or so before Halloween this year, my friends and I made a Target run to find last-minute costumes. In the midst of our wild hunt for the Halloween section, I could not help but notice there were more tinsel and garland than candy corn and Jason masks.

I have noticed this in the past—the amount of Christmas decorations out before Thanksgiving—but this year it seemed to be even sooner than usual, as if Christmas comes sooner and sooner every year.

Frankly, I am slightly appalled.

Don’t get me wrong: I’m a festive—perhaps overly festive—person. If I were an elementary school teacher, I would be equivalent to the gaudy, holiday vest-wearing image most of us have in our minds, complete with holiday-oriented algebra problems and recurring ornament decorating. I love Christmas just as much Saint Nick himself.

But I am just as passionate about most, if not all, of the other holidays. Occasionally I’ll even post a Facebook tribute to Teddy Roosevelt on President’s Day.

This year, Halloween was overshadowed by the desire for Christmas music and candy canes. But every year Thanksgiving falls in between the two holidays, only to yearn for the spotlight placed on Christmas. Can we not just calm down and appreciate gourds and the hub of Autumn?

Freshman JennaVoris said she has heard that department stores are bringing out Christmas decor earlier and earlier because shoppers of the 21st century want to purchase holiday goods ahead of time at a cheaper rate.

But are these holiday gifts really that much cheaper?

Most statistics suggest otherwise. “Frugal Living” notes that January is when items such as Christmas wrapping paper, cards and decoration are cheapest.

Perhaps there is a merchandising or economic benefit for the companies and department stores that I am not aware of. Nonetheless, the urgency of displaying these items undermines the significance of Thanksgiving. Voris said the emphasis on Christmas through retail contributes to the anti-hype of Thanksgiving.

“Thanksgiving is just kind of thrown in the middle,” Voris said. “It is supposed to be a holiday where people are thankful for the things in their lives. It just gets pushed aside because of all of the consumerism in America.”

Black Friday, retail, the endless Christmas gifts, the early displays of Yuletide decor: Each exemplifies and encourages us to purchase the unnecessary Christmas items we do not possess, but wish to.

What is most unfortunate about this is, although Christmas represents the birth of Christ and family unity, it also represents what we do not have. Thanksgiving represents what we do have, and it encourages us to be grateful for those assets—a thing that is sometimes difficult to remember in an overwhelming cloud of  tinsel and peppermint.